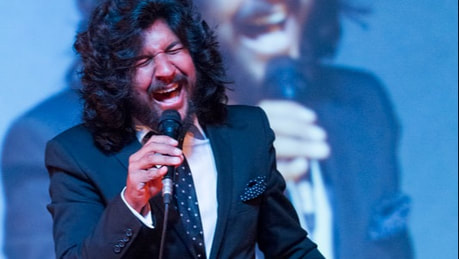 One of the most remarkable singers of the new generation, Rancapino Chico is a torchbearer of flamenco puro and heir to the cantes of Cadiz. He is the son of the great singer Alonso Núñez “Rancapino,” and was raised in Chiclana de la Frontera in a family with deep Gypsy flamenco roots. Acclaimed for his powerful and soulful interpretations of flamenco, particularly cante jondo (deep song), he has often been compared to the grand masters of cante flamenco with his duende-fueled voice. He has shared the stage with leading names in flamenco, including Juan Habichuela, Chano Lobato, and his father.

In this program, Por mi amor al arte (For My Love of Art), which marks his first US solo performance, he will be joined by the commanding guitarist Antonio Higuero, who has appeared with many of Andalusia’s major singers. Here Rancapino Chico presents a live version of his latest recording with enthralling renditions of alegrías, fandangos, seguiriyas, bulerías, soleares, tangos, and zambra.

Presented by Robert Browning Associates in partnership with Flamenco Festival.
This concert is also part of the Flamenco Eñe series co-organized with Fundación SGAE.
Funding provided by the New York Community Trust.