This June, Arts for Art’s Vision Festival—a celebration of boundless improvised art—returns to Roulette. Now in its 24th year, this festival of music, dance, poetry, and visual art is heralded as “one of New York’s most essential art events” (The New York Times).  Legendary and emerging stars representing the free jazz, experimental, and avant-garde communities will perform 30 sets over six nights. Opening night celebrates Andrew Cyrille for his Lifetime of Achievement, featuring the drummer in performance with musical associates spanning his 50+ year career. 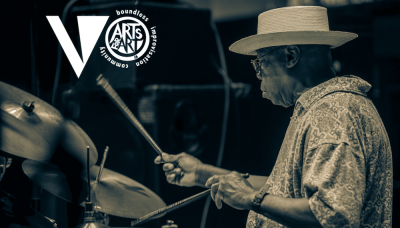 Andrew Cyrille was born in Brooklyn, New York to Haitian immigrant parents.  Cyrille’s Haitian background and participation in drum and bugle corps shaped his early musical development. He would soon begin playing with jazz masters like Coleman Hawkins and Mary Lou Williams, before beginning an 11 year tenure with Cecil Taylor from 1964 to 1975. Throughout his career he has committed to investigating the full timbral and melodic quality of the drums, resulting in a series of solo and collaborative percussion albums, including projects with Milford Graves, Rashied Ali, Don Moye, and Kenny Clarke.  A highly sought after collaborator for his vision and creative finesse, Cyrille has also worked extensively with dancers, poets, and visual artists. 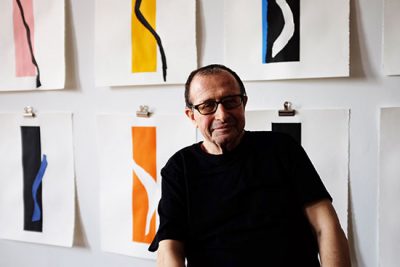 Sculptor Alain Kirili, born in Paris, became profoundly influenced by the communion between music and artwork when he heard Sidney Bechet give an impromptu performance in his parent’s kitchen. He exhibited his first sculpture in 1972, and soon landed major exhibitions in Paris and New York—including at MoMA, and the inaugural show at PS1. In 1980, he moved to New York City, to the loft on White Street where he continues to host regular performances between free jazz musicians and his sculpture, and the work of other visual artists, including his wife, the photographer Ariane Lopez-Huici. Kirili’s work has been shown at the Museum of Modern Art, Musée d’Orsay, Sonnabend Gallery, Musée Rodin, Musée National d’Art Moderne, and many more.

Founded in 1996, festival presenter Arts For Art (AFA) is a New York City based tax exempt organization dedicated to the promotion and advancement of free jazz—an American indigenous art form in which improvisation is principle.