Roulette is proud to respond directly to artists’ needs for money, space, and support by awarding commissions, residencies, and fellowships to extraordinary artists of promise. Get to know some of our 2022–2023 awardees below, and be sure to see their performances this year. 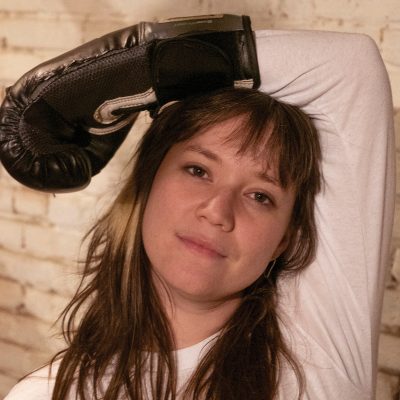 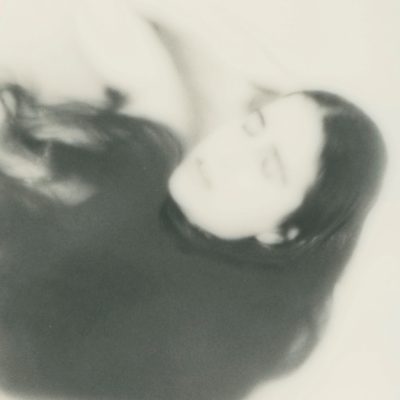 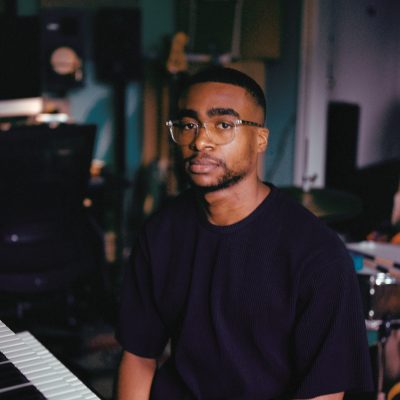 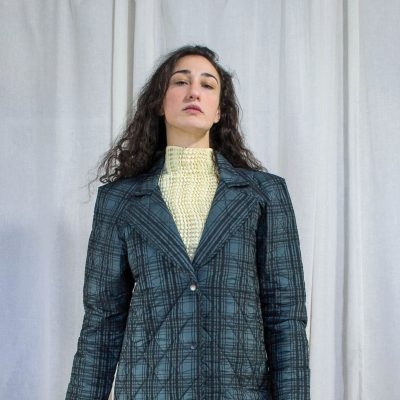 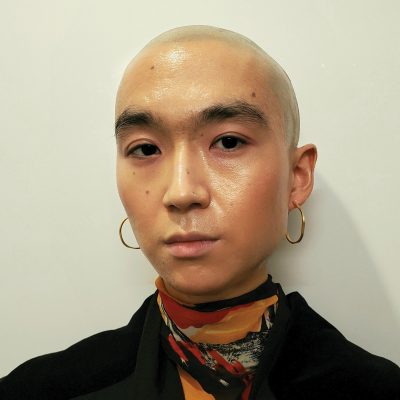 Wendy Eisenberg is a guitarist, composer, improviser, poet and songwriter. Spanning genres from jazz, noise, rock, and folk song, Wendy’s singular style as a guitarist and writer pushes the timbral, textural, and contextual domain of the guitar into increasingly unusual realms. Their writing expresses deep, nuanced emotional landscapes, aiming to share under-recognized intimacies between community and absence, reference and the limits of identity. Wendy’s considerable abilities as a solo artist and dedicated collaborator have given them many varied opportunities to share their work, from international tours and festivals to intimate basements and outdoor shows, from vinyl releases on established labels to DIY tape runs. They have been commissioned by the International Contemporary Ensemble, National Sawdust, and Roulette; published writings on music in John Zorn’s arcana series, The Contemporary Music Review, and Sound American; and have had their musicianship profiled in The Wire, Pitchfork, The Washington Post, and many other publications of note.

Muyassar Kurdi ​(b. 1989 in Chicago) is a New York City-based interdisciplinary artist. Her work encompasses sound art, extended vocal technique, performance art, movement, analog photography and film. She has toured extensively in the U.S. and throughout Europe. She currently focuses her attention to interweaving homemade electronic instruments into her vocal and dance performances, stirring a plethora of emotions from her audience members through vicious noise, ritualistic chants, and meditative movements. Recent projects include: ألوان (Colors)- a digital & 35mm short dance film shot in Redhook Brooklyn and Seven Voices- a multi-channel project for seven voices that was recorded during her artist residency at EMS in Stockholm. She also released Travelling on NORENT Records, Intersections and Variations on Astral Spirits, Voice Games (duo with Ka Baird) released on Astral Spirits, and Birth of a Thousand Moons on NORENT records. Publications include KunstMuzik Journal and Array Journal: Gender and Sound Technology. Kurdi’s 16mm short dance film trilogy Travelling, A Song for Many Women, and Field Dances screened throughout Europe and NYC. She taught workshops in movement and voice throughout Europe most notably Portugal at Zaratan – Arte Contemporânea and in Istanbul Turkey at Bilgi University and Cultur as well as a MoMA PS1 workshop in NYC. Kurdi was awarded a Roulette Intermedium 2020 commission (with support from Jerome Foundation). She is also the recipient of the Queens Fund New Works Grant and NYFA City Artist Corps grant. Recent residencies include: The Watermill Center with OPERA ensemble and Harvestworks. In November 2021 she had her solo exhibition at Black Wall Street Gallery in SoHo NYC featuring her 35mm photographs and 16mm dance film.

Dubbed a “wunderkind saxophonist and multi-instrumentalist” by The New York Times, Morgan Guerin—musician, producer, composer, and engineer—has spent his life exploring new and exciting ways to navigate sound. With several albums under his name and numerous critically acclaimed works with artists such as Terri Lyne Carrington and Social Science, Esperanza Spalding, Jennifer Koh, and Tyshawn Sorey, Guerin’s GRAMMY-nominated versatility across instruments and genres allows all sonic pathways to remain unlatched on his behalf.

eddy kwon (b. 1989) is an interdisciplinary artist based in Lenapehoking. Her practice connects composition, performance, improvisation, dance, and ceremony to explore transformation & transgression, ritual practice as a tool to queer ancestral lineage, and the use of mythology to connect, obscure, and reveal. She collaborates with artists of diverse disciplines, including The Art Ensemble of Chicago, Senga Nengudi, Du Yun, International Contemporary Ensemble, Tomeka Reid, Holland Andrews, Degenerate Art Ensemble, and the improvisational collective tombstar. She has performed in ensembles with Mary Halvorson, Susan Alcorn, Moor Mother, Fay Victor, Nicole Mitchell, and more. She is a United States Artists Fellow, Johnson Fellow at Americans for the Arts, Van Lier Fellow at Roulette Intermedium, and Andrew W. Mellon Artist-in-Residence at the Colorado Springs Fine Arts Center. www.eddykwon.net 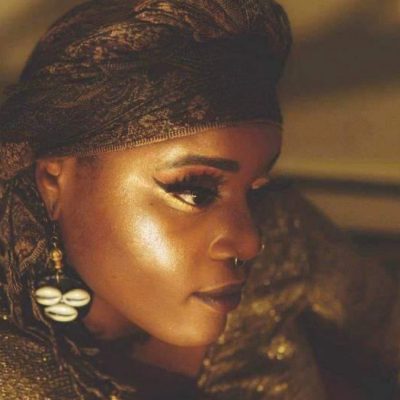 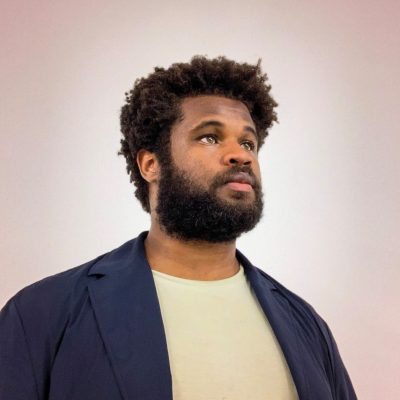 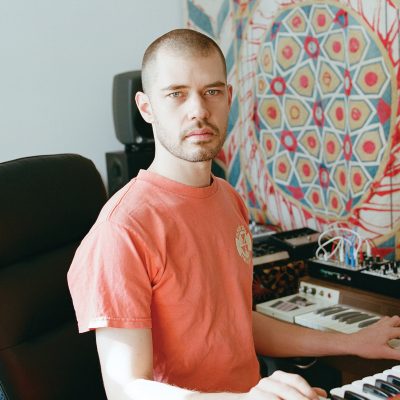 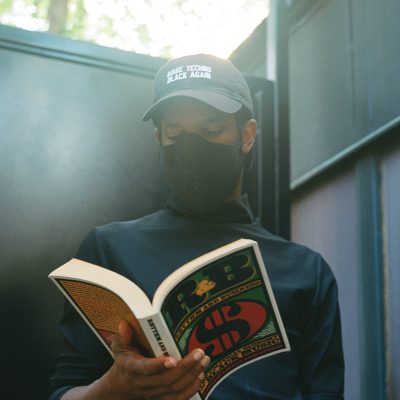 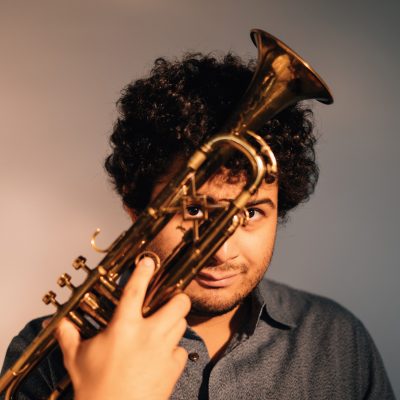 For a period that’s spanned the majority of her life, multi-instrumentalist Jennifer Simone has built a sacred relationship with music throughout her career.

Born in Savannah, Georgia, and raised in Cincinnati, OH, the bulk of her musical roots comes from her southern-based family and the eclectic melting pot Cincinnati exposed her to. Growing up listening to and playing jazz, she learned the importance of improvising and channeling the flow of music, influencing the experimental style she has today. Inspired by life and its many seasons, nature and its many wonders as well as her spirituality, she is consistently pushing the boundaries of what music means to both her and her audience. As she grew into her sound, she’s played at every nearly every venue in Cincinnati and has opened for notable acts such as Helado Negro, Laraaji, and Tank and the Bangas. As she expanded, she has toured and played at several venues across the country, including the Diego Rivera room housed inside The Detroit Institute of the Arts.She then moved on to curating shows, collaborating and networking with other indie artists.

Simone pours her myriad of both life and musical experiences into an immersive, interactive show in which she uses a carefully trained ear to layer each sound using a loop pedal to blend together into an inclusive and healing encounter for her audience. By combining her expertise in the saxophone, flute, guitar, piano, cello, drums, and various other forms of percussion with her most intimate instrument of all, her voice, she creates a completely improvised moment in time that is truly an experience for its listeners.

Currently, Jennifer Simone is based in Brooklyn, NY, and can be found busking in the NYC train stations when she’s not working on her passion project, The Moon Show Series with Jennifer Simone, an intimate show she plans to curate every full moon.

Lester St. Louis (b.1993) is a New York born and based Composer, Improviser, Cellist, Sound Designer and Curator.

His work traverses through performance, installation, curation, artistic research and recording. His works are rooted in dynamic environments of improvisation both sonically and socially, ecstatic sound worlds. flow and interaction. He has performed internationally throughout The U.S, The E.U, Canada, China and in South America; and collaborates with artists such as Chris Williams [under the moniker HxH], Edi Kwon Jaimie Branch, Dre A. Hočevar, Charmaine Lee, Isabel Crespo Pardo, Nikima Jagudajev, Emeka Okereke, TAK Ensemble, The International Contemporary Ensemble, Random International, Superblue, Terrence Nance, Found Sound Nation, Amirtha Kidambi and many more. As a composer, Lester has been commissioned by artists such as The JACK Quartet, RAGE THORMBONES, Jennifer Koh, String noise Ghost Ensemble among others. He is deeply excited to see what new ventures and collaborations the future may bring and those that will be made.

Gryphon Rue (b. New York, NY) is an artist, composer, and musician. Rue’s music, constructed of complex patterns derived from singing saw, harmonium, and custom synthesizers, discloses a fascination with electroacoustic mimetic potential — the ability to suggest biological actions, molecular events, possession, nourishment — and is above all, made with people’s pleasure in mind.

Rue’s album A Spirit Appears to a Pair of Lovers will be released August 26 on Not Not Fun Records, and features ten videos made by eight intergenerational collaborators.

DeForrest Brown, Jr. is an Alabama-raised, Ex-American rhythmanalyst, writer and representative of the Make Techno Black Again campaign. As Speaker Music, he channels the African American modernist tradition of rhythm and soul music as an intellectual site and sound of generational trauma, bursting through the frames of Western music and thought. His written work explores the links between the Black experience in industrialized labor systems and Black innovation in electronic music. On Juneteenth of 2020, he released the album Black Nationalist Sonic Weaponry on Planet Mu, and Primary Information will publish his first book, Assembling a Black Counter-Culture in 2022.

Brooklyn-bred artist Adam O’Farrill has been heralded as “among the the leading trumpeters in jazz- and perhaps the music’s next major improviser.” (The New York Times). Born into a musical legacy that includes composer Chico O’Farrill and pianist Arturo O’Farrill, Adam has cemented his status as one of creative music’s most in-demand voices, collaborating with Mary Halvorson, Rudresh Mahanthappa, Mulatu Astatke, Samora Pinderhughes, Anna Webber, Vijay Iyer, Mahogany L. Browne, Kambui Olujimi, and Stimmerman. In 2021, Adam released his third album, Visions of Your Other (Biophilia Records), with his quartet, Stranger Days. The album was listed as one of the best albums of 2021 by The New York Times, won the Preis der deutschen Schallplattenkritik, and The Wall Street Journal wrote of the album, “Mr. O’Farrill’s music is refined and discreet; it integrates aspects of art rock and contemporary classical music and boasts a cinematic influence.” For his work as a composer and bandleader, Adam has received awards, commissions, and grants from the ASCAP Foundation, the Aaron Copland Fund for Music, The Jazz Gallery, Roulette, The Shifting Foundation, and South Arts. 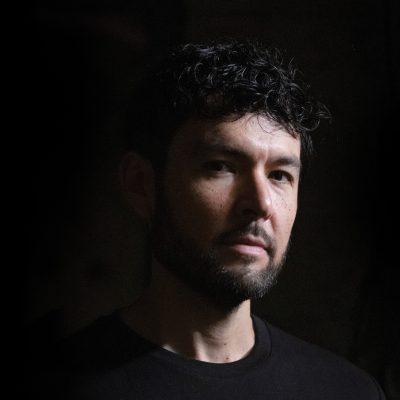 Described as “a ubiquitous presence in the New York scene…an artist whose urbane writing is equal to his impressively nuanced drumming,” (Point of Departure) Brooklyn-based Tomas Fujiwara is an active player in some of the most exciting music of the current generation. He leads the bands Triple Double, 7 Poets Trio, and Tomas Fujiwara & The Hook Up; is a member of the collective trio Thumbscrew (with Mary Halvorson and Michael Formanek); has a collaborative duo with Taylor Ho Bynum; and engages in a diversity of creative work with Anthony Braxton, John Zorn, Mary Halvorson, Tomeka Reid, Matana Roberts, Taylor Ho Bynum, Nicole Mitchell, Ben Goldberg, Amir ElSaffar, Benoit Delbecq, and many others. In 2021, he won the Downbeat Critics Poll for Rising Star Drummer, and premiered two suites of new music as part of his Roulette Residency: “You Don’t Have to Try” (with Meshell Ndegeocello) and “Shizuko.” Tomas Fujiwara’s Triple Double released its second album, “March,” in 2022 on Firehouse 12 Records. “Drummer Tomas Fujiwara works with rhythm as a pliable substance, solid but ever shifting. His style is forward-driving but rarely blunt or aggressive, and never random. He has a way of spreading out the center of a pulse while setting up a rigorous scaffolding of restraint…A conception of the drum set as a full-canvas instrument, almost orchestral in its scope.” (New York Times)


In partnership with the Jerome Foundation since 1983, Roulette has founded both a Commissioning Program for four artists annually (officially established in 1997), and an Artist Residency Program for five artists annually (established in 2010). These programs accelerate the careers of talented musical creators, giving them the financial and technical resources to create early signature work in our state-of-the-art theater.

This year we are also happy to announce that we have an additional commission awarded to drummer Tomas Fujiwara through the New York State Council on the Arts.

Artists are chosen through a rigorous evaluation process. Jerome Commissioned artists are selected by a panel of Nominators, themselves accomplished composers and musicians whom Artistic Director Jim Staley invites to participate. Similarly, the Van Lier Fellows are chosen by a panel of peers who have a wide acquaintance with young composers. Whether that takes the form of playing their music, including them in their ensembles or presenting their work, the panelists are both deeply familiar with the field and uniquely sympathetic to the difficulties that emerging artists face. Resident Artists are primarily selected from among past recipients of Jerome Commissions and Van Lier Fellowships.

Roulette will often apply for additional commissioning or project support for artists with whom we have a history of collaboration, as a way of investing in the continued and long-term success of their careers.