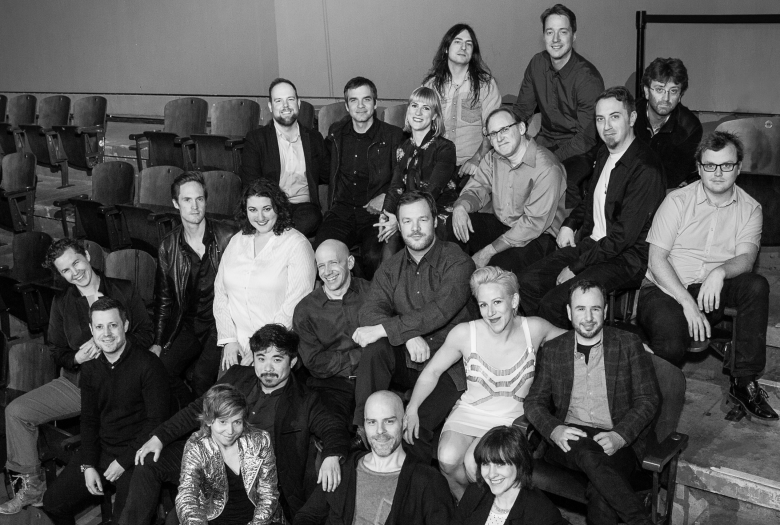 100 for 100: Music Decades of Freedom aims to present 100 works by Polish Composers—one work for each year of the last century—to a global audience. The celebratory culmination of the whole project will be 11 concerts in Poland and 11 concerts worldwide. This evening’s presentation features works by Paweł Mykietyn, Tadeusz Wielecki, Lidia Zielinska, Aleksander Nowak, and Agata Zubel performed by the International Contemporary Ensemble led by Steven Schick.

The International Contemporary Ensemble (ICE) is an artist collective that is transforming the way music is created and experienced. As performer, curator, and educator, ICE explores how new music intersects with communities across the world. The ensemble’s 35 members are featured as soloists, chamber musicians, commissioners, and collaborators with the foremost musical artists of our time. Works by emerging composers have anchored ICE’s programming since its founding in 2001, and the group’s recordings and digital platforms highlight the many voices that weave music’s present.

A recipient of the American Music Center’s Trailblazer Award and the Chamber Music America/ASCAP Award for Adventurous Programming, ICE was also named the 2014 Musical America Ensemble of the Year. The group currently serves as artists-in-residence at Lincoln Center for the Performing Arts’ Mostly Mozart Festival, and previously led a five-year residency at the Museum of Contemporary Art Chicago. ICE was featured at the Ojai Music Festival from 2015 to 2017, and at recent festivals abroad such as gmem-CNCM-marseille and Vértice at Cultura UNAM, Mexico City. Other performance stages have included the Park Avenue Armory, The Stone, ice floes at Greenland’s Diskotek Sessions, and boats on the Amazon River.