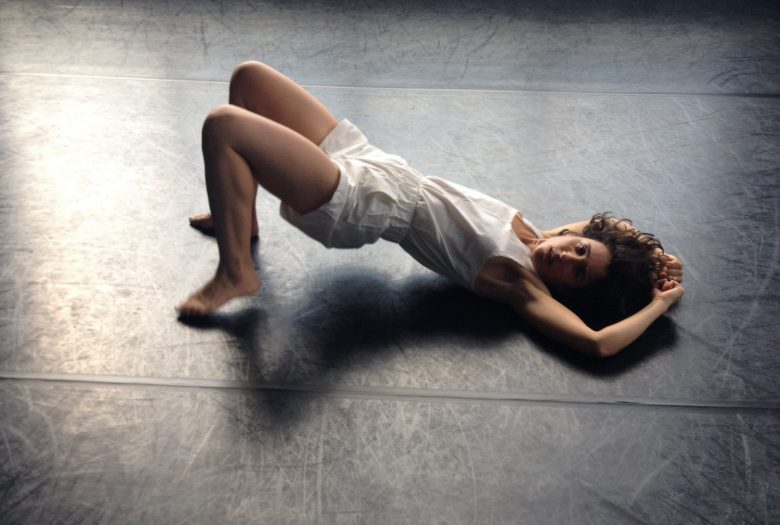 Marc Crousillat is a dancer in New York City. He is currently working with the Trisha Brown Dance Company, John Jasperse, and Netta Yerushalmy. He makes films with his sister, Stephanie – currently completing Solo Studies Project, initiated by Jesse Zaritt. He makes dances which have been shown at Open Performance, 5×7 Space at HyLo Labs, FringeArts Philly, and Center for Performance Research as an artist-in-residence at Chez Bushwick. He is from New Jersey and received a BFA in Dance from The University of the Arts in Philadelphia (’13). He considers this performance the five-year mark of dancing with/without Netta.

Netta Yerushalmy is a dance artist based in NYC since 2000. She is a Guggenheim fellow, a Jerome Robbins Bogliasco fellow, and a NYFA fellow. Her work has been presented by Danspace Project, The Joyce Theater, American Dance Festival, HAU Hebbel am Ufer (Berlin), Harkness Festival, La Mama, F.D. 13, Curtain-Up (Tel-Aviv), and others. She is a 2016-17 Extended Life participant through the Lower Manhattan Cultural Council, a MR Artist-In-Residence, and will be in residence at the Watermill Center, Djerassi, and SUNY Brockport. www.NettaY.com

An extension of a previous performance that debuted during [DANCEROULETTE]’s lec/dem series in November, Emily Wexler performs Hunter alongside musician Annie Stutzman. “Hunter” is the process of assembling and then disassembling negotiations of power implicit in the ways in which we love. Emily Wexler works as a choreographer, dancer, and teacher based in Brooklyn. She has performed alongside many incredible artists including Rebecca Brooks, Kim Brandt, Beth Gill, Karinne Keithley Syers,Yvonne Meier, Ryan McNamara, Jen McGinn, and Ishmael Houston-Jones. Her work has been shown throughout the world. She is interested in: pre-semiotic parallels between compositional tendencies of dance and poetry, the lives of girls and women, fun, and Emily Dickinson. Since 2009 she has worked throughout different Senior Citizen centers in Brooklyn creating dances with whoever wanted to dance. She was honored with a Bessie nomination in performance and recently received a Foundation for Contemporary Art Emergency Grant for the premiere of her work Blood Trees. She holds an MFA in Dance from Hollins University and teaches Dance History/Theory/Criticism and Performance Labs at The University of the Arts.

EmmaGrace Skove-Epes is a choreographer and dancer, born, raised, and currently residing in Brooklyn. A graduate of Sarah Lawrence College (MFA ‘15) and Bard College (BA ’08), her choreography has been presented at venues including AUNTS, Brooklyn Bridge Park, Center for Performance Research, and Judson Memorial Church. As a performer, she has danced with Edisa Weeks, Jon Kinzel, Jodi Melnick, and Sondra Loring, among others. She is a former space grant recipient at the Brooklyn Arts Exchange and Gowanus Arts.