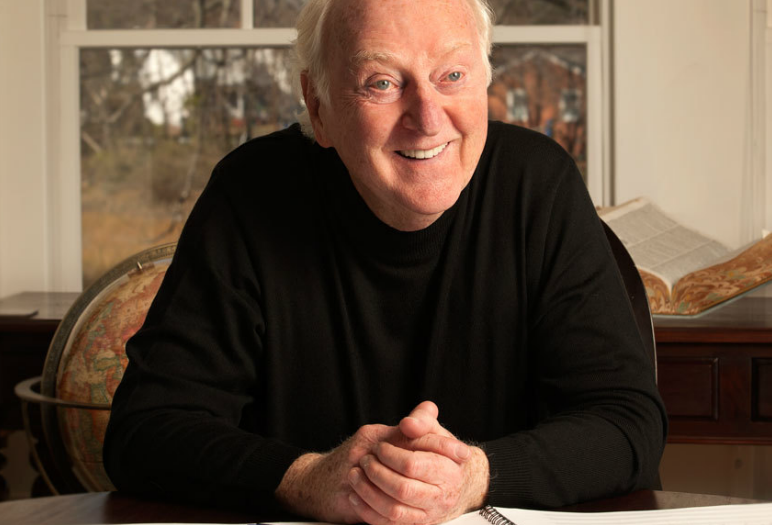 New Music USA, in partnership with the Duffy Estate and Roulette Intermedium, is honored to present A John Duffy Celebration.

John Duffy, who passed away in December 2015, was one of the great heroes of American music. An Emmy Award-winning composer of more than 300 works for theatre, film, television, and the concert hall, he was also the founder of the visionary organization Meet The Composer, which continues to this day as New Music USA. New Music USA, in partnership with the Duffy Estate and Roulette Intermedium, is honored to present A John Duffy Celebration, an evening of music and remembrances. The event will feature remarks by John Corigliano, Robert Cross, Tania Leon, Annette Duffy Odell, Steve Reich, and Fran Richard. There will also be performances by Muhal Richard Abrams, Fred Sherry, Miranda Cuckson with Aaron Wunsch, and the Cassatt String Quartet with Glenn Morrissette and Tomoya Aomori.

John Duffy has been called “one of the great heroes of American music.” As the founder and first president of the visionary organization Meet The Composer, Duffy (1926-2015) initiated countless landmark programs to advance American music and to aid American composers. Later in life, he created—as part of the Virginia Arts Festival—the John Duffy Institute for New Opera, which seeks out and supports the work of opera composer/librettist teams by providing professional mentorship and a professional process for development of their new work.

An important composer himself, Duffy created more than 300 scores for symphony orchestra, opera, theater, television, and film. He received many awards for his creations and contributions: two Emmys, an ASCAP award for special recognition in film and television music, a New York State Governor’s Art Award, and the (New York City) Mayor’s Award of Honor for Arts and Culture. He was also the recipient of the American Music Center’s Founders’ Award for Lifetime Achievement.

John Duffy grew up in the Bronx, one of fourteen children of Irish immigrant parents. Educated in Catholic schools, he sang in the choir and played the church organ. When his older brothers enlisted in Army Intelligence and the Paratroopers during World War II, Duffy, though underage, enlisted in the Navy.  He became part of the Scouts and Raiders (forerunners to the Navy SEAL Teams), before deploying on the USS Hopping, a destroyer escort in the Pacific.

After the war, he returned to New York City to study musical composition under the GI Bill, enrolling in the music division of the New School for Social Research. Through the course of his development as a composer he studied with Aaron Copland, Henry Cowell, Luigi Dallapiccola, Solomon Rosowsky, and Herbert Zipper. He credited Rosowsky for insisting uncompromisingly on learning the craft of music and developing the discipline and patience necessary to the art.

Duffy’s profound regard for language, its beauties and its powers, suited him ideally for his work in theater, television, and film. He acquired a reputation early on as a first-class interpreter of ideas and emotion, a brilliant orchestrator, and a sensitive colleague. His appointment, in his twenties, to the post of music director, composer, and conductor of Shakespeare Under the Stars was the first in a succession of similar posts at the Guthrie Theater, the Long Wharf Theatre, and the Vivian Beaumont Theater at Lincoln Center, and for NBC and ABC television. He composed some of his notable theater scores for Broadway and Off-Broadway productions of The Ginger Man, Macbird, Mother Courage, Playboy of the Western World, and many Shakespeare plays. The culmination was his landmark music for the production of Macbeth at John Houseman’s American Shakespeare Festival in Stratford, Connecticut.

Duffy’s deep study of traditional Jewish music led to both of his Emmy winning scores—A Talent for Life: Jews of the Italian Renaissance (1979, NBC) and the nine-hour Abba Eban-narrated PBS documentary Heritage: Civilization and the Jews, excerpts from which were subsequently recorded by the Israel Philharmonic under the direction of Zubin Mehta for CBS Masterworks.

Duffy also composed distinguished concert music for a variety of commissions, among them: A Time for Remembrance (cantata for soprano, speaker and orchestra), commissioned by the U.S. Government to mark the 50th anniversary of the bombing of Pearl Harbor; Symphony No. 1: Utah, commissioned by the Sierra Club to draw attention to preserving and protecting public lands in southern Utah; Freedom Overture, commemorating the fall of the Berlin Wall; and Concerto for Stan Getz and Concert Band.

Duffy’s opera, Black Water, featuring a libretto by Joyce Carol Oates, premiered in Philadelphia in 2001; there were subsequent performances in Los Angeles and New York City. Los Angeles Times Chief Music Critic Mark Swed wrote, “…at some point the listener no longer feels like a bemused bystander, watching yet another episode of a Washington soap opera, and becomes caught up in a real opera of universal tragedy. The ending is devastating—an excellent tonic for the nightly news.” Other critics, writing in The New York Times, The Wall Street Journal, and The Chicago Tribune, have described his music as “haunting, memorable, and brilliant.”

John Duffy died at the age of 89 on December 22, 2015 in Norfolk, Virginia after a prolonged battle with cancer.