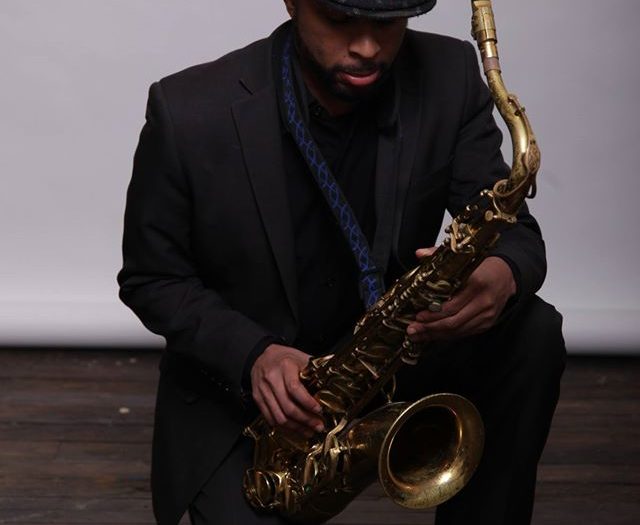 These compositions will be for the most part completely through composed with improvisation interjected into certain sections to provide the audience with the beauty of spontaneous improvisation within strict compositions.

Aaron Burnett was born October 14th, 1981 in Lemoore, CA. Born with a natural talent for visual art, he began to study classical saxophone at the age 11. From then on he became interested in jazz music around the age of 16 and then began his musical journey into improvised music. After attending the University of North Carolina at Greensboro for classical and jazz performance from 1999-2001, he discontinued his schooling there and relocated to Boston in which attended Berklee College of Music for classical composition from 2005-2008, eventually graduating with a degree in Professional Music. Aaron has always stressed the importance of establishing a unique sound for himself while in college, studying classical Baroque composition techniques, studying advance harmony, world music, and atonal composition. He has performed with numerous great musicians such as Steve Coleman, Wynton Marsalis, Teri Lyne Carrington, Kurt Rosenwinkel, John Blake, Jaleel Shaw, Kim Thompson, just to name a few. He also toured with three time Grammy winner, Esperanza Spalding in her 2012 world tour with Radio Music Society. Aaron has the also retained the true nature of jazz in his music and his playing, constantly searching for new ways of interpreting the music while remaining modern and consistent with the times we live in coupled with his much appreciated love for the greats of jazz and the tradition by establishing his role as an innovater within this art. In a society ruled by corporations and banks its imperative that the music is reflective of these times and that true innovation is once again a centerpiece of jazz once again. Aaron Burnett has made this his mission to provide people with the sounds of this time and into the future.

Aaron Burnett and The Big Machine is made possible with support from the Jerome Foundation.