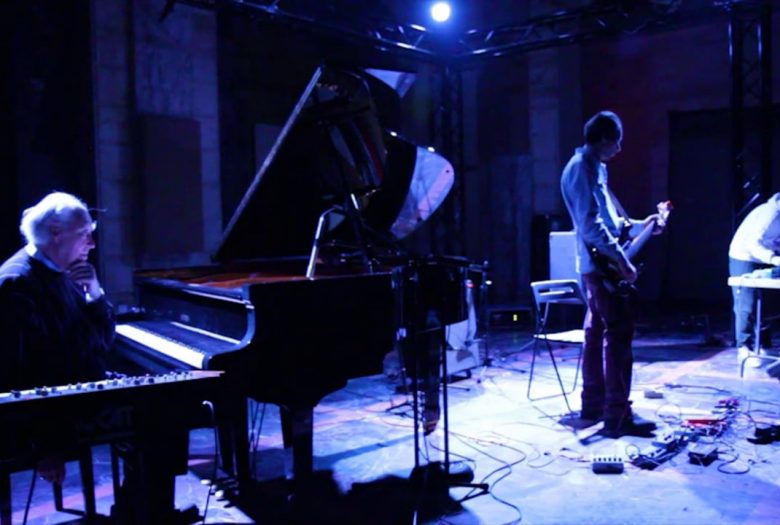 Starting as a professional jazz pianist in the 50s, Canadian Michael Snow has since achieved fame as a visual artist, creating the iconic “Walking Woman” image in the 60s as well as the genre-defining structural film Wavelength. He has continued to pursue music as a free improvisor, after arguably mid-wifing the form in the sessions for the soundtrack to his 1964 film New York Eye and Ear Control with Albert Ayler and others. Snow has performed with Evan Parker, Roswell Rudd, Derek Bailey and Tony Conrad as well as being a founding member of the CCMC (Snow, Paul Dutton and John Oswald) and playing frequent solo concerts. His photography, videos, films, paintings, and sculpture continue to be exhibited in galleries and museums worldwide.

Since he established himself as a producer in Audio Sports with Eye Yamatsuka and Nobukazu Takemura, Japanese composer Aki Onda has released a string of exquisite solo albums featuring contributions from musicians as diverse as Blixa Bargeld and Linda Sharrock. These include 2003’s Cassette Memories series and the highly acclaimed albums Ancient & Modern and Bon Voyage! on which Onda performs with multiple cassette recorders and electronics, using sounds he has field-recorded himself as a diary. Most recently, he started an audio-visual project, Cinemage, images for cinema or homage for cinema, which is consisted of slide projections of still photograhs and improvised music.

Guitarist and improvisor Alan Licht has performed with legends of underground rock (Arthur Lee, Tom Verlaine, Royal Trux, Arto Lindsay, Jandek) as well as some of the foremost jazz and experimental musicians (Rashied Ali, Peter Brotzmann, Keith Rowe, Christian Marclay, Ken Vandermark, Phill Niblock). He currently co-leads Text of Light with Lee Ranaldo, in which they and other musicians improvise concerts as classic experimental films screen behind them. A long-time fan of Michael Snow’s, he interviewed him in the late 90s and subsequently performed with him at festivals in Canada and Chicago. He has been performing duos with Aki Onda for the past five years, and was reminded of Snow’s filmmaking when he heard Onda’s album Bon Voyage!

Thus, a trio was formed which achieves the all-too-rare alchemy of strong separate identities and shared aesthetics into a holistic unit. It made its debut at Tonic in New York in December 2005.