ALARM WILL SOUND – SONiC: Sounds of A New Century Festival 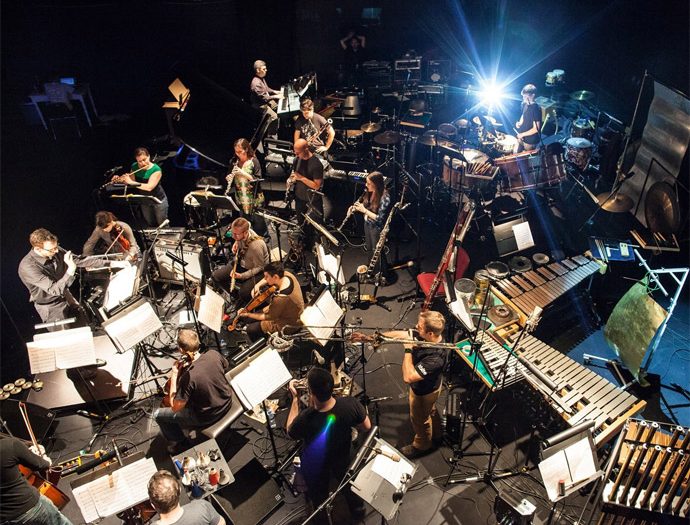 ALARM WILL SOUND – SONiC: Sounds of A New Century Festival

Alarm Will Sound is a 20-member band committed to innovative performances and recordings of today’s music. They have established a reputation for performing demanding music with energetic skill. ASCAP recognized their contributions to new music with a 2006 Concert Music Award for “the virtuosity, passion and commitment with which they perform and champion the repertory for the 21st century.” Their performances have been described as “equal parts exuberance, nonchalance, and virtuosity” by the London Financial Times and as “a triumph of ensemble playing” by the San Francisco Chronicle. The New York Times says Alarm Will Sound is “the future of classical music” and “the very model of a modern music chamber band.”

“…brought precision and urgency to classical, rock and baroque fare, leaving you dazed but thoroughly enlightened and energized.”
-Washington Post

Co-presented as part of SONiC: Sounds of a New Century. SONiC is produced by American Composers Orchestra and The Alice M. Ditson Fund of Columbia University.