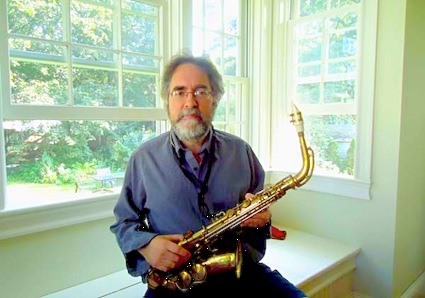 Music for Every Occasion: Some Pieces of New Jazz presents selections of Allen Lowe’s new works. Lowe’s specialty is American song, from standards to blues, gospel, ragtime, minstrel tunes, and free jazz. New compositions include All The Blues You Could Play By Now if Nicholas Payton Was Your Cousin; B. Bopstein’s Famous Hipster Medley; The Seven Foot Policeman; A Ragtime Nightmare; and The History of the American Ballad.  This is a continuation of his long-term anthology of reinterpretations of American song forms.

It comes on the heels of Allen Lowe’s 2011 3 CD release, Blues and the Empirical Truth (called “a landmark” by critic Larry Kart, and which appeared on more than 10 top Ten lists for that year as well as the New Republic’s Top 15), and his new project, Field Recordings, due out this Spring. The new CD, (actually a 4 cd set with a large cast of contemporary musicians including JD Allen, Matt Shipp, Ursula Oppens, the novelist Rick Moody, Noah Preminger, Christopher Meeder, Lewis Porter, Lou Grassi,. Ray Suhy, Ras Moshe, JD Allen, Ken Peplowski, Kalaparusha, Randy Sandke Christopher Meeder, Kevin Ray and others) is on Music and Arts Programs of America.

Anthony Braxton has called Lowe “an American master,” and Greil Marcus has remarked that “Allen Lowe has made a crucial contribution to American culture, and all those who want to see our musical history whole are in his debt.” The novelist Jonathan Lethem called one of Lowe’s earlier CDs “angular, sly and funky…a bona fide wake up call from the avant garde.” And someone on the internet commented, on Lowe’s project Jews in Hell (Radical Jewish Acculturation), that “this… has become my go-to album when I can’t decide if I am in the mood for the Art Ensemble, the Minutemen or Blind Willie Johnson.”