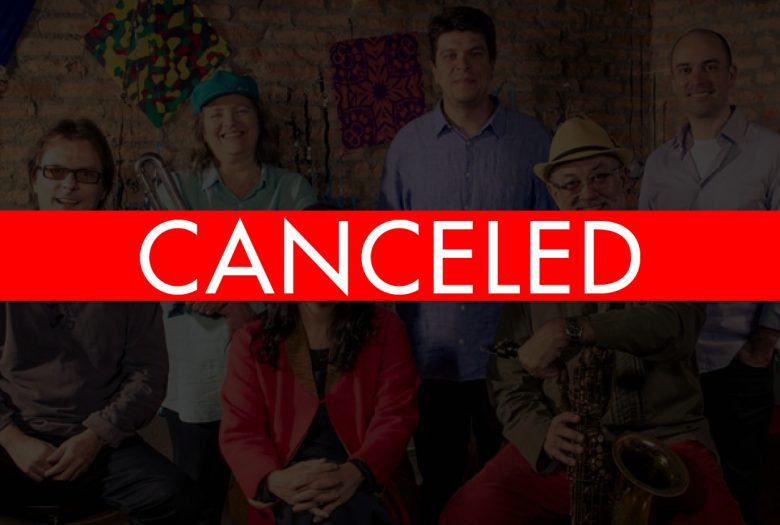 In Concert for Live DVD Recording

(New York, NY)…Maritaca, the established recording label of Brazilian jazz is proud to present  a two night special event featuring some of Brazil’s most talented musicians. The concert, staged for a live DVD recording, will be in two acts featuring the renowned Amilton Godoy, co-founder of the The Zimbo Trio, performing with Léa Freire and the acclaimed quintet Vento em Madeira. They will be performing with special guest award-winning vocalist Monica Salmaso who uses her extraordinary voice as a musical instrument to accompany the ensemble.  The shows take place on Thursday, October 1st & Friday, October 2nd at 8 p.m. at Roulette (509 Atlantic Avenue in Brooklyn), the recently restored 1928 art deco concert venue. Doors open at 7:00 p.m. General Admission tickets are $20; Members/Students/Seniors $15; and Series Members, $10. The event is free for All-Access Members. Tickets are available at https://roulette.org or by calling 917 267-0363.

AMILTON GODOY is the critically acclaimed pianist and co-founder of the Zimbo Trio, one of the most influential Brazilian bands of all time. He is known for accompanying Elis Regina and Elizabeth Cardoso, among others, and for his career as an instrumentalist. Throughout his 60 year career, he was awarded honors from Bahia’s National Piano Tournament; Rio de Janeiro’s National Piano Tournament; Eldorado’s National Piano Tournament; (Gold Medal) at Sao Paulo State Governor’s Prize: Best Villa Lobos’s Interpreter at the Art Hour National Tournament in addition to all other prizes with Zimbo from the Brazilian music industry and worldwide. In 1973, Godoy founded one of Brazil’s most popular music schools, Centro Livre De Aprendizagem Musical (CLAM), which has nurtured  many important musicians such as Eliane Elias, Lea Freire, Teco Cardoso, Debora Gurgel and Caito Marcondes among others.  His expertise in combining jazz, bossa nova, classical and folklore shines on his recent album Amilton Godoy and the Music of Lea Freire (2013),  He recently recorded a CD with Lea Freire as a duo to be released in 2016 as well as his most recent CD Autoral.

Léa Freire is a multi-instrumentalist, arranger and composer who has been widely successful as both a performer and businesswoman in record producing. She has released several albums including, Ninhal her debut album, which is played by flutists worldwide, Quinteto, with Teco Cardoso, Antologia da Cançao Brasileira (Vol.1 and Vol.2.) with trombonist Bocato and Cartas Brasileiras (with full orchestra and chamber groups).  Her label, Maritaca, has released more than forty albums featuring the very best of Brazilian instrumental music. As a flutist she has special participations in more than a hundred works. She will also performing a piano duo with Amilton Godoy.

“A strong reminder of a Brazil that so many

wish for, including myself.” – Egberto Gismonti

MONICA SALMASO is considered as one of the best voices of Brazil. She is the recipient of the prestigious Associação Paulista dos Críticos de Arte trophy, the 23º and 24º Prêmio da Musica Brasileira for Best Soul Lyric, the Visa-MasterCard-Eldorado prize, among others. She was also nominated for Prêmio Sharp for Best New Singer of Brazilian Popular Music with Afro Sambas. She has released numerous albums, most recently Corpo de Baile with songs composed by Guinga and lyrics written by Paulo César Pinheiro. She has performed in the film Vinicius and has lent her talents as a featured singer and soloist to other widely known Brazilian artists such as Chico Buarque, Baden Powell, Paulo Bellinati, Tom Jobim and Vinicius de Moraes. – http://www.monicasalmaso.mus.br/

Caito Marcondes is the executive producer for the project in the United States.