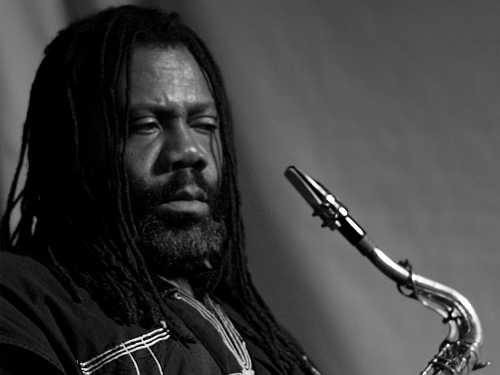 Andrew Lamb‘s Circadian Spheres Of Light Project consists of 13 professional artists who have studied, collaborated, and performed, within all genres of music, theater, and performance art, while embracing a myriad of cultures throughout the world. Having performed together in various combinations over the years. The ensemble shares the philosophy that music, art, and dance, and magic, are the healing vibrations of the universe.

The performance will interweave the disciplines of music, art, dance, and illusion, into a seamless tapestry of spontaneous improvisation with no boundaries or stopping points, a continual flow of energy.  This performance is intended to create brain stimulation for those with Alzheimer’s, Dementia, and Post Traumatic Stress Disorder, and aims to integrate people from all walks of life into a safe, warm, and highly creative atmosphere.

Saxophonist and composer Andrew Lamb’s Circadian Spheres of Light Project uses improvisation as stimulation for those with Alzheimer’s disease, Dementia, and Post-traumatic Stress Disorder. Inspired by the book Music & Alzheimer’s by the late Beverly Pickering, Music Specialist R.N., which served as a guide for an influential music therapy program originating in Northampton, MA, the circadian cycles are described as how our bodies and brains respond to the hour of the day and the amount of sunlight-visible, which affect behavior modification during what’s referred to as sundowning time. This sundowning time is a period of lower energy and can be especially disorienting and agitating for people suffering from dementia. It is therefore one of the aims of the Circadian Spheres of Light Project performance to provide much-needed stimulation at this transitional hour.

Circadian Spheres Of Light incorporates original compositions that are interwoven in a seamless stream of spontaneous improvisation. There are no gaps in the performance, no pauses or stopping points, and the concept embraces a continuous flow of energy and unpredictability, within a 90-minute time frame which can serve as a vehicle to stimulate the brain and open areas of consciousness. The composer also acknowledges the influential writings on music and the brain by Dr. Oliver Sacks, and the first even performance of Circadian Spheres Of Light took place in 2016 at The Institute For Music & Neurologic Function which Dr. Sacks founded and which is now directed by Dr. Connie Tomaino.

Andrew Lamb a.k.a. The Black Lamb, plays saxophones, flutes, clarinet, oboe, and woodwind instruments from various indigenous societies. Also a composer, Lamb is known as an individual artist, with his own style and his own story. Originally from North Carolina, Lamb grew up predominately in South Jamaica Queens, New York. He received his education at State University Of New York S.U.N.Y. Old Westbury and Chelsea Performing Arts Studio WIS, and studied saxophone privately with the legendary AACM charter member Kalaparusha Ara Difda formerly known as Maurice McIntrye, and the renowned woodwind instructor and performer JD Parran. Lamb came into New York’s once heralded Loft Jazz scene and the avant-garde community in the mid-seventies, and over time became an active presence in the vibrant Bedford-Stuyvesant arts world at during the ’90s through 2004, winning Brooklyn Arts Council Regrant Awards, and the Queens Council For The Arts Individual Artist Award in 2008. Lamb leads The Andrew Lamb Quartet, The Andrew Lamb Trio, The Moving Form, The Dogon Duo, and currently leads his multi-disciplinary ensemble Andrew Lamb’s Circadian Spheres Of Light with works created to help heal those with Autism, Dementia, and Post Traumatic Stress Disorder.