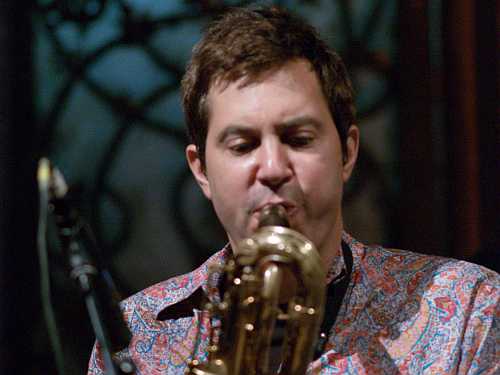 In part two of the evening, Laster’s recent compositions for strings will be performed, including the world premiere of a trio written for cellist Erik Friedlander, violist Stephanie Griffin and violinist Jennifer Choi. Territories, for string quartet, will also be performed, along with the New York City premiere of Concrete Floor and Sailfish for quintet, to be conducted by Jonathan Yates.

Andy Laster has recorded seven CDs of his compositions-the most recent is Wind ow Silver Bright (New World Records) with his ensemble Lessness. His 1998 recording Interpretations of Lessness was chosen as one of Billboard Magazine’s Top Ten Jazz Recordings of the Year. He has been awarded residencies at the Blue Mountain Center and the Djerassi Resident Artists Program. He has arranged for Lou Reed and Lyle Lovett and, as a saxophonist/clarinetist, he has performed with Julius Hemphill, Erik Friedlander, Marty Ehrlich, Hank Roberts, Matt Darriau, Andrew Hill, Dave Douglas, Elliot Sharp, Sting, Elvis Costello, and Roy Nathanson. Recent projects include arrangements of the music of Dawud Husni, an Egyptian composer from the Cairo café scene of the 1920s; performances with Cast a Spell Trio; and the Argento Chamber Ensemble’s premiere of his composition Concrete Floor and Sailfish.