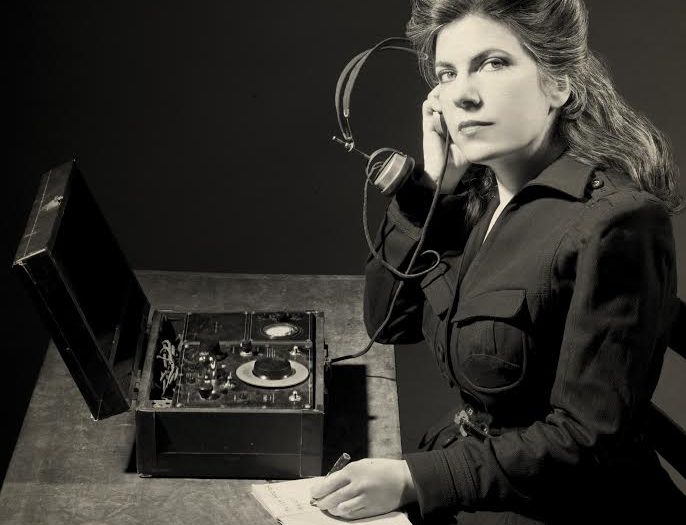 December 7th will be an Annie Gosfield portrait concert featuring the highly acclaimed JACK Quartet. The centerpiece of the concert will be the world premiere of “Signal Jamming and Random Interference” for string quartet and electronics, inspired by the sounds, processes, and perceptions of jammed radio signals.

The JACK Quartet’s mastery of extended techniques will evoke the elusive, transformative nature of the jamming process, which occurs when two radio signals battle over one frequency, a wartime technique used to block an opponent’s radio transmissions. Annie will be performing the electronics live along with JACK, using fragments of rare recordings of jammed signals from WWII, including “ghost voices” which emphasize the otherworldly qualities of these strange broadcasts. Each musician’s role will shift in a musical field where music, noise, and pure signal meld and collide, evoking the jamming process both electronically and acoustically.

Gosfield began her research on the subject in 2012 at The American Academy in Berlin, and composed this work during residencies at the Agosto Foundation (Prague) and Robert Wilson’s “Watermill Center” (Long Island).

The program will also include solo and quartet pieces performed by Gosfield and the members of the JACK Quartet that further explore the theme of found sounds, clandestine broadcasts, and the collision of acoustic instruments and radio noise, 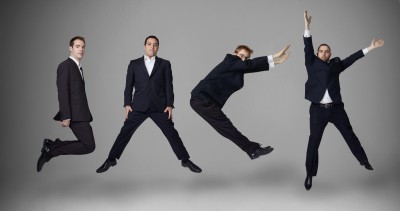 Annie Gosfield, whom the BBC called “A one woman Hadron collider” works on the boundaries between notated and improvised music, electronic and acoustic sounds, refined timbres and noise. She composes for others and performs with her own ensemble, taking her music on a path through festivals, factories, clubs, art spaces, and concert halls. She was a 2012 fellow at the American Academy in Berlin, and a recent recipient of the Foundation for Contemporary Arts prestigious “Grants to Artists” award. Gosfield’s most recent Tzadik CD “Almost Truths and Open Deceptions” features a piece for piano and broken shortwave radio, a cello concerto, and music inspired by baseball, warped 78‘s, and the industrial revolution. Her music has been performed worldwide at Warsaw Autumn, the Bang on a Can Marathon, MATA, MaerzMusik, the Venice Biennale, OtherMinds, Lincoln Center, The Stone, The Miller Theatre, and The Kitchen. Recent work includes compositions inspired by factory environments, jammed radio signals from WWII, and her grandparents’ immigrant experiences in New York City. Annie’s discography includes four solo releases on the Tzadik label, and she often writes on the compositional process for the New York Times’ series “The Score.” She held the Darius Milhaud chair of composition at Mills College, and has taught at Princeton University and California Institute of the Arts.

The JACK Quartet electrifies audiences worldwide with “explosive virtuosity” (Boston Globe)and “viscerally exciting performances” (New York Times). The recipient of Lincoln Center’s Martin E. Segal Award, New Music USA’s Trailblazer Award, and the CMA/ASCAP Award for Adventurous Programming, JACK is focused on the commissioning and performance of new works. Comprising violinists Christopher Otto and Ari Streisfeld, violist John Pickford Richards, and cellist Kevin McFarland, the quartet has performed to critical acclaim and worked with composers around the world. The members of the quartet met while attending the Eastman School of Music and studied closely with the Arditti Quartet, Kronos Quartet, Muir String Quartet, and members of the Ensemble Intercontemporain.

Annie Gosfied/JACK Quartet: Signal Jamming and Random Interference is a commission of the New York State Council on the Arts.