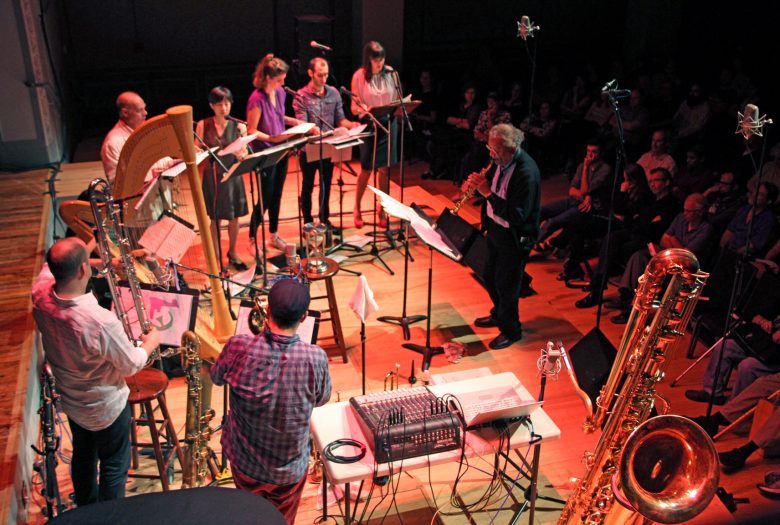 The first evening’s performance will present the world premiere of Pine Top Arial Music, a new interdisciplinary system combining dance and music; a set of Braxton’s through-composed solo piano music; and his Falling River Music Quartet, which interprets evocative graphic scores. The second night will feature the US debut of his Diamond Curtain Wall Trio, with interactive electronics, and the Tri-Centric Orchestra performing ensemble pieces with three simultaneous conductors and language music improvisations. The third night will feature two NYC premieres: a 12-member vocal choir performing Braxton’s syntactical Ghost Trance Music, and the composer’s 12+1tet performing Echo Echo Mirror House Music, where the musicians wield iPods in addition to their instruments, combining live performance and sampled sound from Braxton’s extensive discography. The final evening will present a world premiere concert reading of two acts of Braxton’s opera Trillium J, with a cast of twelve singers and 35-piece orchestra. Braxton will be performing or conducting every night, accompanied by a cast of over 60 of NYC’s leading creative musicians.