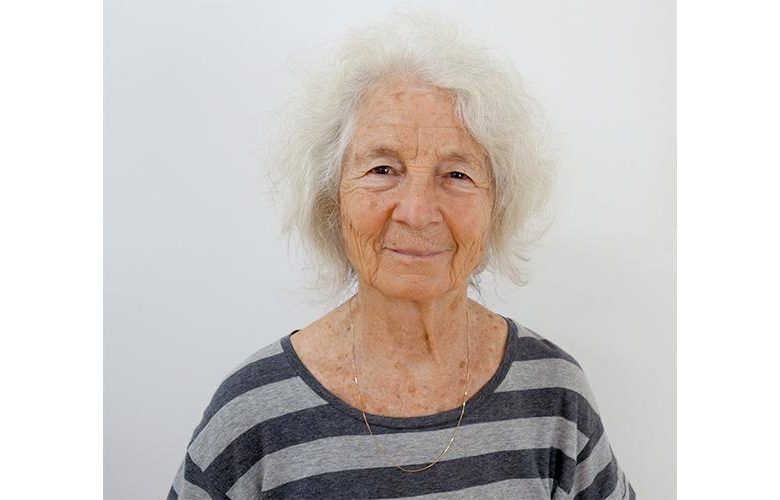 Simone Forti is an internationally acclaimed dancer and a writer. Born in Florence Italy in 1935 she is now
based in Los Angeles. Forti began dancing with Anna Halprin who in 1955 was doing pioneering work in
improvisation. Forti went on to study composition with Robert Dunn who, at the Merce Cunningham Studio, was
introducing the dancers to the work of John Cage, and she became an influential figure in the New York Judson
Dance Theater community. Her work ranges from her early minimalist dance constructions through her animal
movement studies, Illumination centripetal/centrifugal studies which she developed in collaboration with musician
Charlemagne Palestine, and moving/speaking Logomotion improvisations. She is an adjunct professor at UCLA
and the recipient of a Yoko Ono Lennon Courage Awards for the Arts.

Claire Filmon has been dancing professionally since 1985. Based in Paris, she is artistic director of Asphodede
Danses Envol. In 1990, with a grant from the French Ministry of Culture, she traveled to the United States to
study Horton technique with Bella Lewitzky and improvisation with Anna Halprin. Since 1995 Claire Filmon
has created and/or participated in performances with, among others, Loretta Livingston, Barre Philips, Julien
Hamilton, Simone Forti, Nancy Stark Smith and Lisa Nelson in venues including the Bastilles Theater in Paris,
The Bauhaus Naunynstrasse in Berlin, Musée d’art moderne et contemporain in Geneva, Judson Church in New
York and the Mark Taper Auditorium in Los Angeles. She is regularly invited to teach improvisation in France,
particularly in the universities, and throughout Europe and the United States.