AUDREY CHEN and MARIA CHAVEZ: INTO 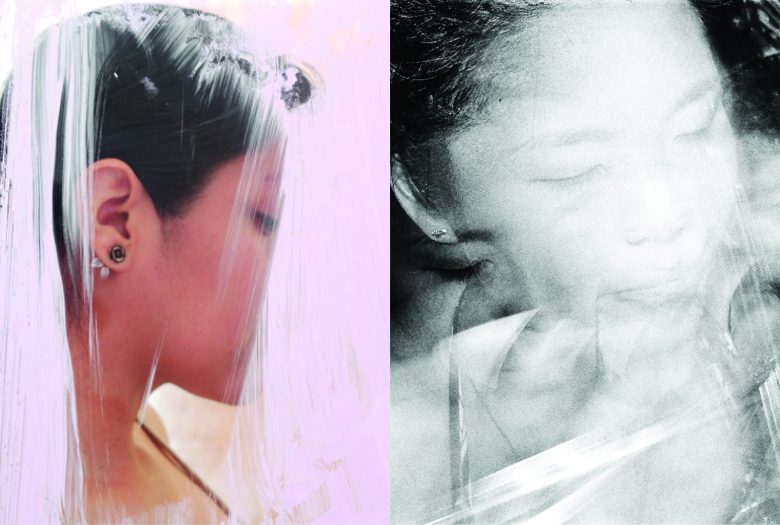 AUDREY CHEN and MARIA CHAVEZ: INTO

“Friction and touch amplified by the body to mouth, strings to wood and the needle to speakers.”

Chinese and Peruvian Americans, Chen and Chavez are two female artists who have been working parallel to one another for almost a decade but have never intersected their work until their winter premiere at CT-SWaM at Eyebeam Arts + Technology Center in Chelsea, NYC in 2014. Both performers center their shared practices of improvisation to combine the cello with the sounds of the turntable & voice. After their debut tour in Europe last Spring, the duo returns to NYC to perform for Roulette.

check out the Wire: http://www.thewire.co.uk/video/p=29604 for video of their debut performance in NYC last winter

Using the cello, voice and analog electronics, Audrey Chen’s work delves deeply into her own version of narrative and non-linear storytelling. A large component of her music is improvised and her approach to this is extremely personal and visceral. Her playing explores the combination and layering of a homemade analog synthesizer, preparations and traditional and extended techniques in both the voice and cello. She works to join these elements into a singular ecstatic personal language. Over the past decade, her predominant focus has been her solo work with the cello, voice and electronics, but she has more recently begun to shift back towards the exploration of the voice as a primary instrument. Recent projects, aside from performing solo and, include her voice only duo with London based artist, Phil Minton, her new duo with NYC turntablist, Maria Chavez and a collaborative project with German conceptual artist, John Bock. Her most recent album releases (2013) include, a quartet LP with Nate Wooley, C. Spencer Yeh and Todd Carter on Monotype (Warsaw), and a duo record with Phil Minton on Subrosa (Brussels). Chen has performed across Europe, Russia, Ukraine, Turkey, Australia, New Zealand, China, Japan, Taiwan, Brazil, Canada and the USA. In 2011, in addition to her performances, she was awarded the prestigious Mary Sawyers Baker Prize, an award that was established to support individual artists living, and working in Maryland. Since 2011, she relocated to Berlin, Germany from Baltimore, MD USA and continues to maintain an active international touring schedule. www.audreychen.com 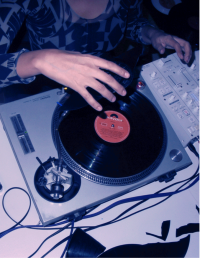 Born in Lima, Peru, Maria Chavez is mainly recognized in the art community as an abstract turntablist and sound artist. Influenced by improvisation in contemporary art, her sound installations, visual objects and live turntable performances focus on the values of accidents and chance. She recently signed with Software and is due to release her first full length LP in a decade, some time next year. She was recently awarded the St. Luke’s Chamber Ensemble commission 2015 and is currently a research fellow for the Sound Arts department at Goldsmith’s University of London. She was an artist in residence at INKONST Arts in Malmö, Sweden, curator in residence with Cafe OTO, OTO Projects & Electra Productions in London, UK and has recently returned from Latin America, presenting her work for arts organizations in Lima, Peru & Mexico City. www.mariachavez.org