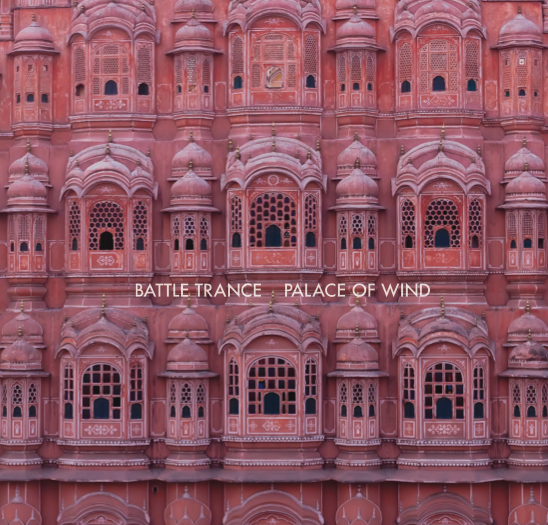 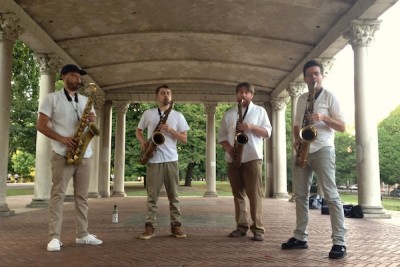 Battle Trance is a genre-defying ensemble of four tenor saxophonists that performs the music of Travis Laplante. Existing in the cracks between contemporary classical music, avant-garde jazz, black metal, ambient, and world music, Battle Trance is an ensemble that pushes the four tenor saxophonists to the limit, shedding new light on the saxophone as an ensemble instrument. The players use circular breathing to build continuous, hypnotic waves of sound; multiphonics layer to create intricate textures that seem to come from an ancient time; and blisteringly fast lines seem to liquefy into each other. Unorthodox articulations and unusual fingerings are also part of the vast sonic vocabulary that the members of Battle Trance have painstakingly mastered. However, Battle Trance isn’t merely concerned with demonstrating the virtuosity of the ensemble, nor with impressing or entertaining the listener. Instead, they mean to become a portal of resonance where there is no separation between the listener and the sound. 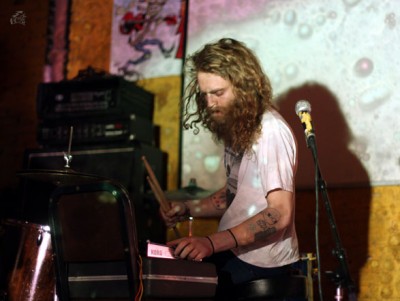 Greg Fox is primarily known for his drumming with past and present collaborations and projects including but not limited to Guardian Alien, Ben Frost, Colin Stetson, ZS, the Dan Deacon Ensemble, Liturgy, Teeth Mountain, and Man Forever. Fox is a multi-instrumentalist born in NYC and currently residing in Ridgewood, NY. He was named “Best Drummer in NYC” in the Village Voice’s 2011 Best of New York issue, and has been described by Ben Ratliff (NY Times) as being “one of the most exciting drummers I’ve seen recently in any kind of music.”

Battle Trance Palace of Wind Record Release Concert + Greg Fox is made possible, in part, with funds from GENERATE: The Frances Richard Fund for Innovative Artists of Promise. GENERATE, instituted in celebration of Roulette’s 35th Anniversary in 2013, aims to provide immediate, practical assistance to artists, helping them achieve ambitious work to be presented in our theater. For more information about how you can contribute to GENERATE, please call our Development Office at 917.512.2474.