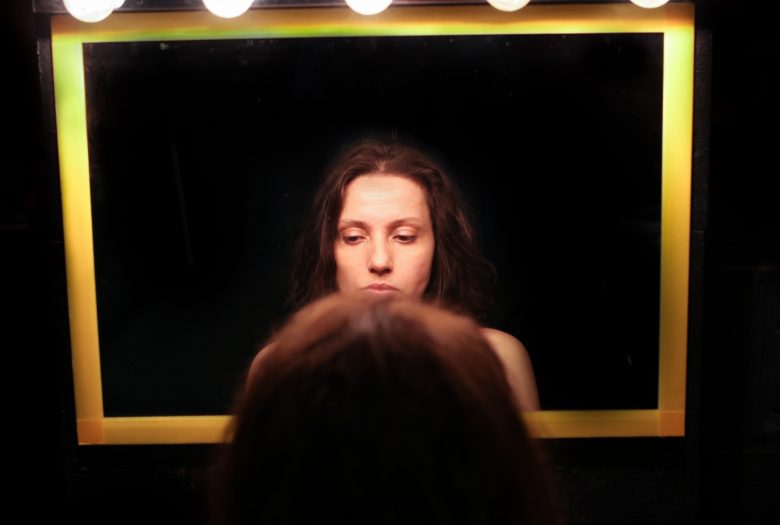 Three lines of convergence, areas of clouds and rainfall focusing along a tropical bay in the warm season and a surface trough with moving features which seem to fight to remain in one piece at the leading edge of the coast. The high winds which picked up dust from the desert floor in their wake are now dispersing it like salt on a soup. Well below the mature sky, little v letters keep trailing on a low grey mass punctually interspersed by violent flashes, the rain shield, the electric air, clear slender lines bound to lose shape, promptly immersed by the dark lacquered ocean. Soon the pressure will decrease, the heat burst and the warming up of the fluids bring contrasted colours, with pale grey to pinkish aureoles. In the eye of the cyclone, the night will fall, the insects invade the whole space like some victory procession, the sweat run on the pillows, some sweet melody in the ear and home-made liquor down the throat, the wet violent day weighing heavily on the eyelids.

Bérangère Maximin’s music engages the listener in considerations of space and textures. Since her debut album, Tant Que Les Heures Passent on Tzadik (2008), she has gradually developed a hyper-personal style, creating sensual, hypnotic, sultry pieces with immediate impact. The electroacoustic composer’s repertoire is marked by encounters that have inspired her writing in various degrees.

She studied under the musique concrète composer Denis Dufour (a member of the famous GRM and a pupil of Pierre Schaeffer). Then, taking inspiration from the New York improv scene and her European tour in solo and in duo with the likes of Fred Frith, Fennesz or Rhys Chatham, her work developed towards live practice, her playing with laptops and midi controllers delivering what she likes to call her digital chimeras. This work led her to compose No One Is An Island (Sub Rosa, 2012), the second and only collaborative album so far, and the confirmation of the respect Bérangère had started to get from established artists. The minimal series Infinitesimal (Sub Rosa, 2013) describes a slow transformation, a deep introspection far removed from the convention of the genre, very special imaginary areas where only matters the physicality of the moment. Dangerous Orbits, out since May 2015, is her first album for Crammed Discs’ Made To Measure series.

“A menacing silvery growl runs through this record, where dysfunctional spaceships meet the memories of Solaris… a muffled dubby pulse ungrounds and untethers… Maximin’s cinematic soundworks are discomforting reminders that the universe does not at all belong to us” – The Wire, UK, May 2015.