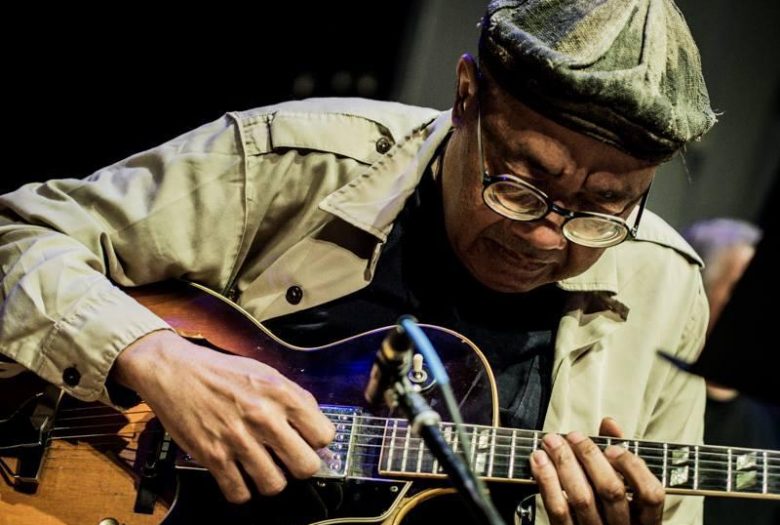 “Guitarist/composer, also known for his work with Ornette Coleman, in an ensemble with William Parker on bass and David Cappello on drums.”

Bern Nix (September 21, 1947 – May 31, 2017) was an American jazz guitarist. He recorded and performed with Ornette Coleman from 1975–87, notably with guitarist Charlie Ellerbee in Coleman’s Prime Time group on their key recordings, including Dancing in Your Head and In All Languages in 1987. Nix was voted among the top ten jazz guitarists poll by Down Beat magazine.