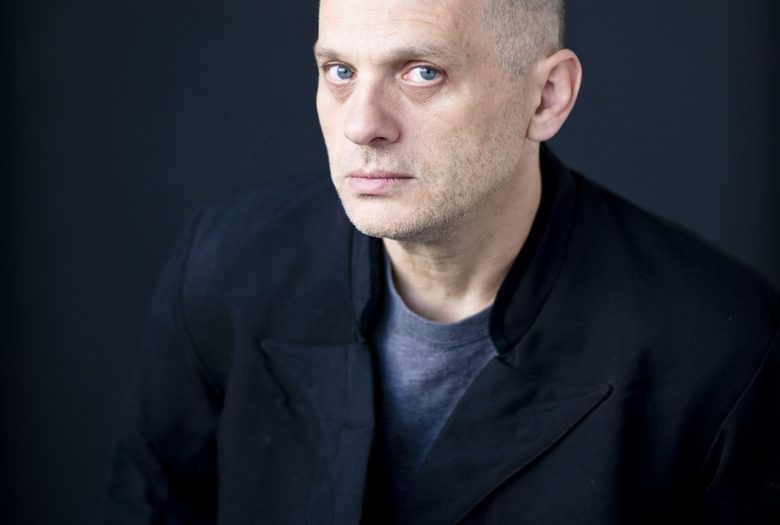 David Lang‘s The Difficulty of Crossing a Field, an opera based on an 1888 Ambrose Bierce story of the same name, is about a slave owner (Mr. Williamson) in the pre-civil war American South who walks across his field and disappears, in plain view of his family, his neighbors and his slaves, forever altering the relationships among them. Everyone around him has his or her own sharp view of what that disappearance means, of why it had to happen, and of what will happen now that there is a ‘hole’ where a man used to be. The Difficulty of Crossing a Field is intended to cross between opera and theater worlds, mixing arias with spoken text, emotional melodies with intense drama. It is written for 5 principals and a small chorus, and the accompaniment is for string quartet on stage, both as the “orchestra” and as part of the set. Ultimately, it is an opera in which the damage done by slavery leaks from the physical to the metaphysical world. 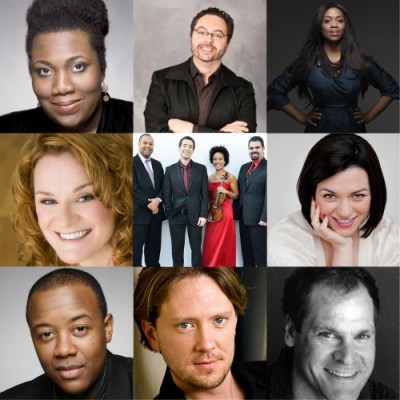 David Lang
Passionate, prolific, and complicated, composer David Lang embodies the restless spirit of invention. Lang is at the same time deeply versed in the classical tradition and committed to music that resists categorization, constantly creating new forms. In the words of The New Yorker, “With his winning of the Pulitzer Prize for the little match girl passion (one of the most original and moving scores of recent years), Lang, once a postminimalist enfant terrible, has solidified his standing as an American master.” Lang is the recipient of numerous honors and awards, including the Pulitzer Prize, the Rome Prize, the BMW Music-Theater Prize (Munich), and grants from the Guggenheim Foundation, the Foundation for Contemporary Performance Arts, the National Endowment for the Arts, the New York Foundation for the Arts, and the American Academy of Arts and Letters. In 1999, he received a Bessie Award for his music in choreographer Susan Marshall’s The Most Dangerous Room in the House, performed live by the Bang on a Can All-Stars at the Next Wave Festival of the Brooklyn Academy of Music. The Carbon Copy Building won the 2000 Village Voice OBIE Award for Best New American Work. The recording of The Passing Measures, on Cantaloupe, was named one of the best CDs of 2001 by The New Yorker. His recent CD Pierced, on Naxos, was praised both on the rock music site Pitchfork and in the classical magazine Gramophone, and was called his “most exciting new work in years” by the San Francisco Chronicle. The CD of the little match girl passion was released in June 2009 on Harmonia Mundi. Lang is co-founder and co-artistic director of New York’s legendary music organization Bang on a Can. His work has been recorded on the Sony Classical, Harmonia Mundi, Teldec, BMG, Point, Chandos, Argo/Decca, and Cantaloupe labels, among others. His music is published by Red Poppy Music (ASCAP) and is distributed worldwide by G. Schirmer, Inc.

Mac Wellman
Mac Wellman’s recent work includes 3 2’s; or AFAR at Dixon Place in October 2011, The Difficulty of Crossing a Field (with composer David Lang) at Montclair in the fall of 2006 (and elsewhere more recently), and 1965 UU for performer Paul Lazar, and directed by Stephen Mellor at the Chocolate Factory in the fall of 2008. He has received numerous honors, including NEA, Guggenheim, and Foundation of Contemporary Arts fellowships. In 2003 he received his third Obie, for lifetime Achievement. In 2006 his third novel, Q’s Q, was published by Green Integer, and in 2008 a volume of stories, A Chronicle of the Madness of Small Worlds, was published by Trip Street Press as well as a new collection of plays The Difficulty of Crossing a Field from Minnesota Press. His books of poetry include Miniature (2002), Strange Elegies (2006), Split the Stick (2012) from Roof Books, and Left Glove (2011), from Solid Objects Press. His novel Linda Perdido won the 2011 FC2 Catherine Doctorow Prize for Innovative Fiction. He is Distinguished Professor of Play Writing at Brooklyn College.

Founded in 2006, Beth Morrison Projects encourages risk-taking, creating a structure for developing new work that is unique to each artist, which gives them the time and space to experiment and push boundaries. Noted as a composers’ producer, ”Beth Morrison, of Beth Morrison Projects, has been gathering strength for several years, producing some of the most exciting music-theatre projects in the city (The New Yorker).” To date, the company has commissioned, developed, and produced more than thirty premiere opera and music-theatre works that have been performed around the globe. The New York Times recently said, “The production of new [opera] works in the city still falls mostly to the tireless Beth Morrison and her Beth Morrison Projects…” The Wall Street Journal wrote, “Ms. Morrison may be immortalized one day as a 21st-century Diaghilev, known for her ability to assemble memorable collaborations among artists.” Projects have been performed in American and international venues, including Brooklyn Academy of Music, The Kitchen, Performance Space 122, Lincoln Center, The Walker Art Center, The Barbican, The Holland Festival, The Operadagen Festival, The Beijing Music Festival, The New York Musical Theater Festival, and more.