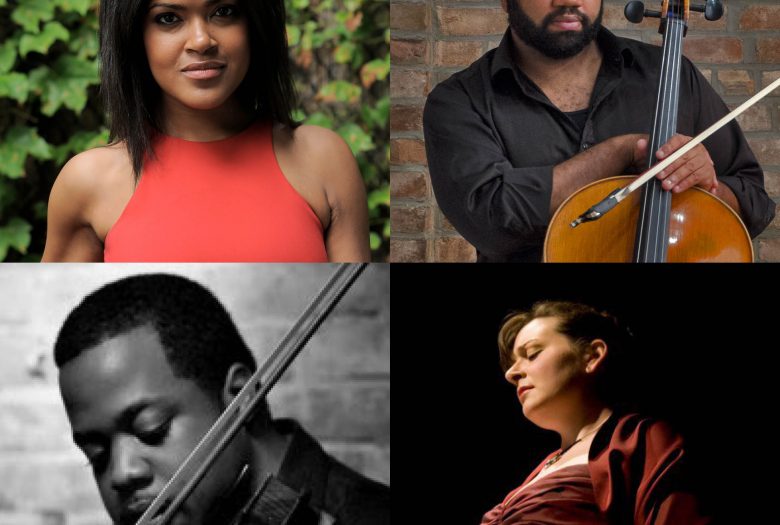 Award-winning documentary filmmaker Anita Womack is hosting a live classical and jazz concert November 9th  from 3 p.m. to 6 p.m. to raise funds for her final shoot for the documentary project, Betting on Black. 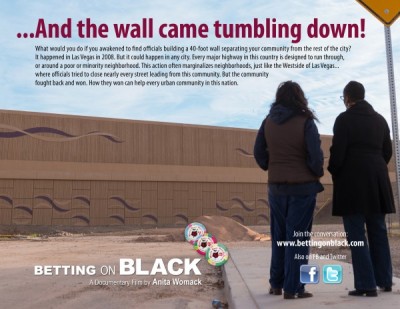 Soprano Sara James has performed the world premieres of The Yellow Wallpaper by Whitney George, Marathus/Pholoe by Nicholas R. Nelson, Poppetjie by Rob Voisey, Pictures of the Floating World by Jessica Rudman, and Sleek Aphrodite, Shakespeare Songs, and They Flee by Jay Vilnai among others in varying performance spaces around New York City. Ms. James has been heard and performed in Italy, Austria, Hungary, England, the Czech Republic, as well as the National Cathedral in Washington D.C.  Currently, she is studying with Eduardo Valdes, tenor at the Metropolitan Opera House and coaches with Steven Eldredge and Robert Morrison, both pianist and coaches at the MET.

A native of NYC, cellist Eric Cooper began playing cello at the age of 12. Studying on his own enabled him to create a sound of his own. At the age of 19, he began his studies with Marion Feldman of the Manhattan School of Music. As a winner of Mid America Production’s orchestral competition in 2004, Eric had a chance to work closely with the great Lukas Foss. He transferred to the Conservatory of Music at Brooklyn College in 2007 and started his studied with cellist Fredrick Zlotkin. Eric is a very active chamber musician, and co-founder of the Brandy Chamber Society with Pedro Vizzarro Vallajos. In the summer of 2009, he toured with the award-winning puppetry group The Lone Wolf Tribe. He has performed in master classes given by Massimo Polidori, Regina Carter, and the Trio Johannes. Currently Eric is principal cellist of One World Symphony and is also an active member of the String Orchestra of Brooklyn, Brandy String Trio, The Contemporary Music Ensemble of the CUNY Graduate Center, and La Camarata de Washington Heights.

Born and raised in Brooklyn, New York, Sean-David Cunningham began playing the violin at the early age of four. He holds a Bachelor of Music in violin performance from Peabody Institute of The Johns Hopkins University, where he studied with Violaine Melancon. Mr. Cunningham attended The Schulich School of Music of McGill University, under the tutelage of Mark Fewer, where he pursued his Master in Chamber Music. He is a member of The Indigone Trio & Strings. This innovative ensemble has toured the U.S. and Canada to promoting their newly released CD “Cycles.” In the summer of 2008, Mr. Cunningham attended the Annual International Chamber Music Festival in Kirchberg, Germany where he played with prestigious musicians from around the world. His additional musical performances include: performances with Baltimore’s Soulful Symphony under the direction of Darin Atwater, and performance master classes held by Pinchas Zuckerman, Yehanatan Berick (University of Michigan), and Regis Pasquier (Paris Conservatory). Some of his many achievements include: The Melissa Tiller Memorial Prize, Peabody Institute, 2007, The National Council of Negro Women, Inc. Achievement Award, The Van Leir scholarship, at The Third Street Music School, The Chamber Music Society of Lincoln Center’s Young Musicians Concert at Alice Tully Hall, April 2003, 2002 and The 2001 Pepsi Essence Youth Award in the instrumental category.

Denise Yolen is an Artist based out of Brooklyn, NY. She derives from New York University’s Tisch School of the Arts. Yolen’s been producing her own shows and performing around the city for a little over four years. With earnest lyricism, smooth melodies, and hip-hop percussion her music transcends genre and moves to the beat of every human heart. Denise performs lead vocals and her band also includes a violinist, piano player and drummer.