beyond: a video and sound performance by Ursula Scherrer with MV Carbon and Shelley Hirsch 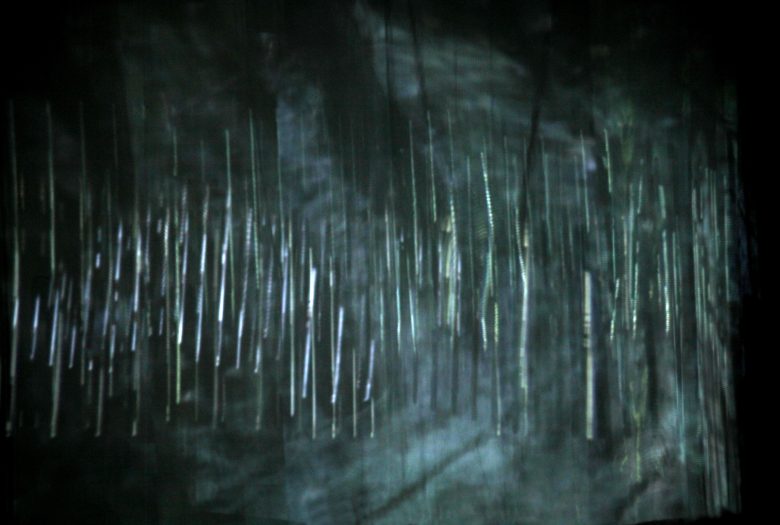 beyond: a video and sound performance by Ursula Scherrer with MV Carbon and Shelley Hirsch

Video artist Ursula Scherrer together with Shelley Hirsch (voice) and MV Carbon (cello and synthesizer) will stretch, pull, distort and expand the boundaries of image, sound and space to reach to that which is beyond.

The poetic quality of Ursula Scherrer’s work reminds one of moving paintings, drawing the viewer into the images, leaving the viewer with their own stories. She transforms spaces and landscapes into serene, abstract portraits of rhythm, color and light – inner landscapes in the outside world where the images and actions have less to do with what we see then with the feeling they leave behind.

Ursula Scherrer is a Swiss artist living in New York City. Her work has been shown in festivals, galleries and museums internationally. Her aesthetic training began with dance, transitioned to choreography and expanded to photography, video, text, mixed media and performance art.

MV Carbon is a New York based composer and inter-disciplinary artist. Her work is comprised of video, sculpture, sound, hand-built circuitry, projection and performance. She sings and plays cello, guzheng, synthesizers, and electronics with reel to reel tape machines and vintage microphones. Her current explorations deal with communication, illusion, perceptive space, imagination, and association. References to symbolism and iconography intertwine with physicality and sonics while experiential situations are implemented. Her intention is to objectify emotion through sound, visuals, and perceptive space shaping. Carbon’s international exhibition/performance history includes Roulette, Moma PS1, The Guggenheim BMW Lab, The Metropolitan Museum of Art, Issue Project Room, The Clocktower Gallery, and The Knockdown Center and many more. mvcarbon.com

beyond, a video and sound performance by Ursula Scherrer with MV Carbon and Shelley Hirsch is part of Roulette’s Intermedia Performance Series, which explores the possibilities of technical and artistic improvisation.

This project is supported in part by the Swiss Arts Council Pro Helvetia.