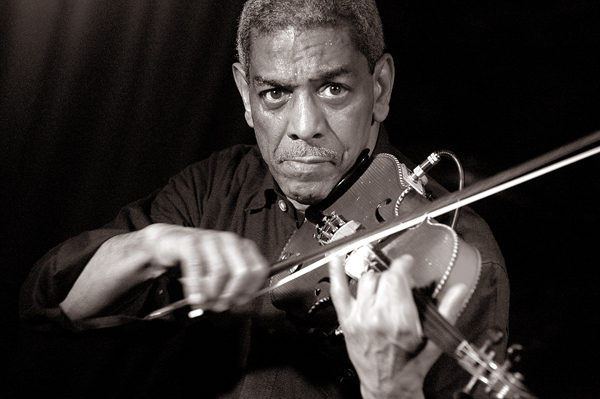 Billy Bang was born Billy Walker on September 20, 1947 in Mobile, Alabama. Billy studied violin as a youngster growing up in New York’s South Bronx. In the early 60′ s he abandoned the violin for percussion, getting into Afro-Cuban rhythms. Drafted to Vietnam, he had a political awakening and returned to America to throw himself into the anti-war movement. When he began to play music again in 1971, he experimented with saxophones, but came back to the violin, recognizing that this was where his technical facility lay. Bang became known as an associate of component of the celebrated Loft scene. In the early 70’s he formed the String Trio Of New York. Associates with Sun. Ra, Don Cherry, Marilyn Crispell and James Blood Ulmer were also productive. Like other musicians of his generation, Bang refuses categories; from elegant free jazz and austere art music to playing on Bootsy Collin’s comeback album. In 1988 Bang toured Europe and recorded with a quartet that comprised Charles, Lowe and Sirone. —Bio as of 2010