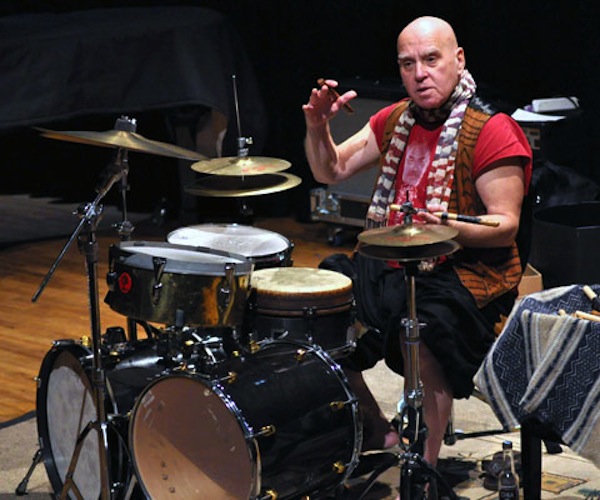 Drummer Bob Moses with jazz ensemble. Moses played with Roland Kirk in 1964–65 while he was still a teenager. In 1966 he and Larry Coryell formed The Free Spirits, a jazz fusion ensemble, and from 1967 to 1969 he played in Gary Burton’s quartet. He is also the author of the drum method book Drum Wisdom.

Presented by Roulette at the Leonard Nimoy Thalia Theater in a double bill with Min-Xiao Fen (see separate entry).