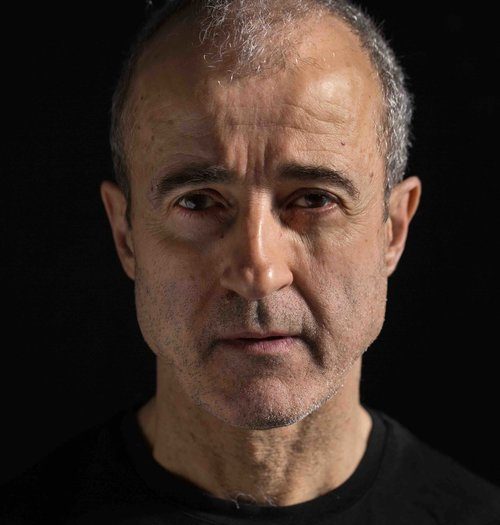 Bobby Previte’s first stage appearance came in 1956 at the Niagara Falls Talent Show, where, guitar in hand and adorned in an over-sized suit, he belted out a solo rendition of Elvis Presley’s ‘Hound Dog.’

Eight years later, thinking drumming might be a good way to get girls, he fashioned a bass drum from a rusted garbage can, a kick pedal from a wire coat hanger wedged between two pieces of linoleum and a rubber ball stuck on top, tom toms from upside-down trash bins, cymbals from aluminum pie plates suspended on plungers, and a box of loose junk for a snare – then practiced for a year in his dark basement with a lone spotlight shining on him before eventually starting a band, the “Devil’s Disciples.”  But when they finally got a job at the church he was fired for not having ‘real’ drums. Seeking revenge, he took a job as a paperboy, saved every penny, and a year later bought the drum kit he still uses today in concerts all over the world.

Strolling in the East Village one bright afternoon, he peered inside a limo stuck in traffic (crosstown) and suddenly found himself face to face with Jimi Hendrix. Thinking fast, he unfurled the poster of Jimi he had fortunately just acquired, then looked on in astonishment as Hendrix smiled and flashed him the peace sign.

All the rest, as they say, is noise.