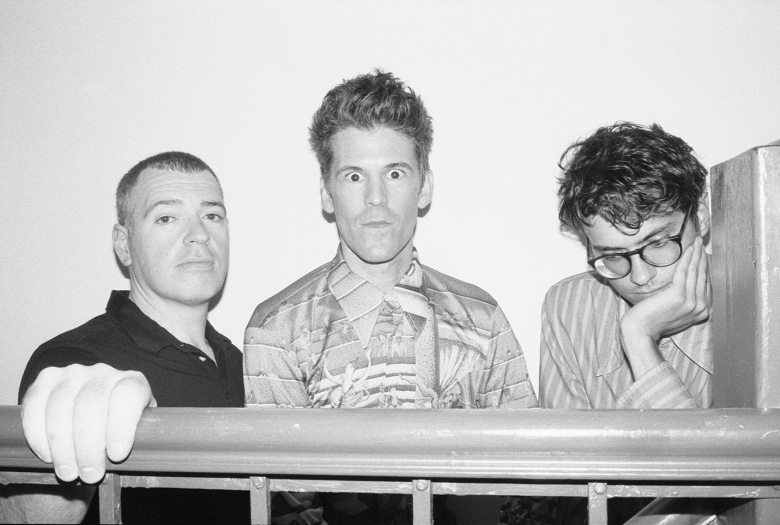 In his close to two decades in NYC, Brandon Seabrook has garnered international acclaim for his sui generis approach to the electric guitar, one which astounds with tremolo pyrotechnics and an entropic, miasmic sensibility. While those elements are in full effect on Convulsionaries, they’re met with a mature and thorough sense of dynamics, pace, groove, and feeling. Joining Seabrook on this release are the young upright bassist Henry Fraser (Anthony Coleman, The Full Salon) and Daniel Levin (Tony Malaby, Mat Maneri), two revolutionary string players who have been working in various creative ensembles in Brooklyn for years. Together, the string trio tackles Seabrook’s thorny compositions, which perpetually surprise and unseat the listener throughout the album’s proceedings. The trio’s frightening rhythmic precision oscillates between ominous repeating ostinatos; angular, and intricate counterpoint, and a massive dynamic range which can change in a nanosecond. Seabrook’s imaginative compositions are a study turning a sense of impending doom into cathartic releases, allowing equal space for improvisation and rigid execution of the complex scores.

Brandon Seabrook is a guitarist, banjoist, and composer living in New York City where he has established himself as one of the most unique and volatile guitarists of his generation. Described by Spin Magazine as “An apocalyptic, supersonic general of the banjo…” he has also made a name for himself as a powerful banjo innovator, relentlessly committed to immediacy and precision. His work focuses on the intersections between improvisation and structure through fragmented and rapidly changing soundscapes, angular composition; and a massive dynamic range that can change in a joyous nanosecond.

Seabrook honed his guitar skills at the New England Conservatory in Boston. He has since performed extensively in North and South America, Mexico and Europe, as a solo artist, bandleader, and collaborator. He has been summoned by the likes of Anthony Braxton, Nels Cline, The Flying Luttenbachers and Joey Arias for his idiosyncratic blend of spiked improvisation and severe technical facility. He has been profiled in the New York Times, Wall Street Journal, Magnet Magazine, Downbeat, Alternative Press, Fretboard Journal, NPR and The Wire

Daniel Levin was born in Burlington, Vermont, he began playing the cello at the age of six. In 2001, he graduated with a degree in Jazz Studies from the New England Conservatory of Music and arrived on New York City jazz scene shortly thereafter. Since then, Daniel has developed his own unique voice as a cellist, improviser, and composer. Ed Hazell noted upon release of Levin’s first record as a leader, “Cellist Daniel Levin is a major new voice on his instrument and in improvised music.” He has performed and/or recorded with Billy Bang, Borah Bergman, Tim Berne, Anthony Braxton, Gerald Cleaver, Andrew Cyrille, Mark Dresser, Ingebrigt Haker Flaten, Tony Malaby, Mat Maneri, Joe Morris, William Parker, Ivo Perelman, Warren Smith, Ken Vandermark, and many others. Daniel is the recipient of a 2010 Jerome Foundation award.

Henry Fraser is a bassist, composer, and improviser living in Brooklyn, NY. He received his BA from New England Conservatory of Music in the spring of 2014, where he studied with Cecil McBee, John McNeil, Anthony Coleman, & Ted
Reichman. Henry’s parallel pursuits of technical mastery and novel experimentation have put him at the forefront of the experimental music scene in New York. Current projects include Chris Pitsiokos’ Quartet, Brandon Seabrook’s large ensemble, Die Trommel Fatale, and Henry’s new band, The Full Salon.