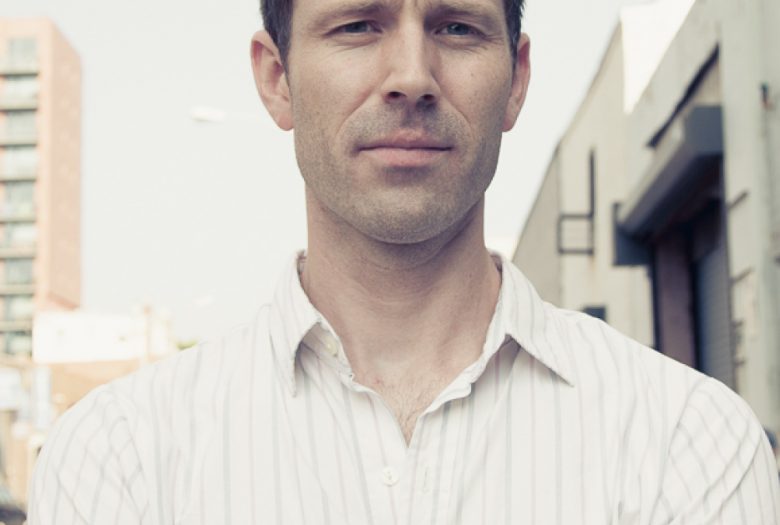 Live performance transforms into an interactive, immersive sound installation in the premiere of Sine Qua Non by composer and musician Brett Sroka. Developed in part at Alfred University’s Institute of Electronic Arts and the Vilnius Academy of Art, Nida Art Colony in Lithuania, for this performance Sroka is joined by pianist Carl Maguire whose live performance is sampled and processed by a special custom Max/MSP patch to foster an improvisational dialogue between performance and abstract processing, the acoustic and electronic, the transient and the essential (Sine Qua Non, i.e., without which there is nothing). As the live interaction between the two musicians develops, the sampled fragments slowly take over through generative processing, and Roulette’s performance space becomes the site of an ever-changing, multi-channel sound installation, offering each listener a unique immersive sonic experience based on spatial positioning and engagement with the emergent new work.

Brett Sroka is a composer, trombonist and electronic musician. He has released five records with his electro-acoustic ensembles Ergo and Cherubim, on Cuneiform Records, Fresh Sound (New Talent), and Zeromoon, working with musicians such as Jason Moran, Mary Halvorson and Avishai Cohen Sroka has performed at the Sonic Circuits Festival, the Guggenheim Museum and Risonanze in Venice, Italy, received awards from the Queens Council on the Arts, the I-Park Foundation, and has been a visiting artist at the University of Pennsylvania, the Institute of Electronic Arts at Alfred University and the Vilnius Academy of Art. While in residence at the Vilnius Academy of Art – Nida Art Colony in Lithuania in Spring 2013, Sroka completed a new suite for Ergo which will be released in 2014.
brettsroka.com

Carl Maguire performs on piano and Rhodes, with both traditional and less-traditional techniques. He has performed or recorded with a wide range of creative musicians. As a composer, Maguire has received commissions from Roulette Intermedium and Chamber Music America. His primary focus as a bandleader for the past decade has been realizing Floriculture. The quintet is dedicated to the performance of Maguire’s compositions, which call on the band members to integrate extended sections of exact notation with improvisational passages to create vivid and compelling aural landscapes. Floriculture has released two critically acclaimed records, Floriculture (Between the Lines) and Sided Silver Solid (Firehouse 12), which Cadence Magazine called “represents the best of what’s possible in the Avant-garde.”
carlmaguire.com