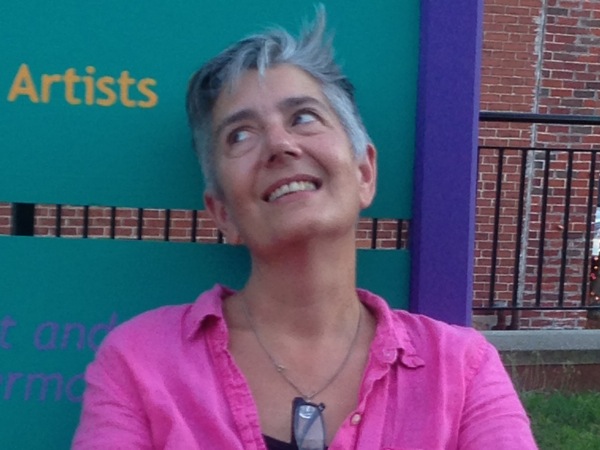 BRIM is a new performance project created to perform the music Eve Beglarian has been writing in response to her four-month trip down the Mississippi River by kayak and bicycle in 2009.

The current line-up of BRIM is Mary Rowell (one of Eve’s fellow-travelers on the River journey) on violin, vocals, and mandolin, Cristian Amigo on guitar and vocals, along with Eve doing vocals, keyboard, bass, and electronics. BRIM will be joined this evening by special guests including pianist Lara Downes and the trombone quartet Guidonian Hand for a show that promises to be a celebratory introduction to a whole new phase of Eve’s work.

Eve Beglarian “is a humane, idealistic rebel and a musical sensualist.”^ “One of new music’s truly free spirits,”* and a “remarkable experimentalist,”+ she is a composer, performer, and audio producer whose music is “an eclectic and wide-open series of enticements.”^

Her chamber, choral, and orchestral music has been commissioned and widely performed by the Los Angeles Master Chorale, the American Composers Orchestra, the Bang on a Can All-Stars, the Chamber Music Society of Lincoln Center, the California EAR Unit, the Orchestra of St. Luke’s, RelÃ¢che, the Paul Dresher Ensemble, Sequitur, and individual performers including Maya Beiser, Lauren Flanigan, Sarah Cahill, and Marya Martin.