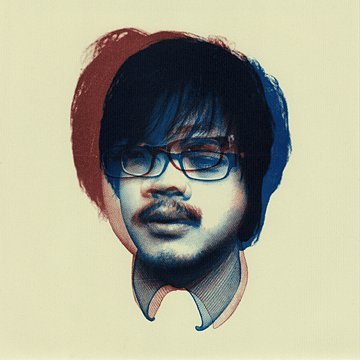 A gifted interdisciplinary artist of the highest caliber, C. Spencer Yeh will showcase  a series of new works, including a portrait – part homage and part perversion – of his longtime collaborator, Nate Wooley, as well as a new work for piano and electronics. Wooley will be present in dual role: as an improviser in response to the former, and as an accompanist on piano for the latter. In addition, Yeh will premiere a quad channel tape composition, The Ohio Guitar, documenting Yeh’s acquisition of a replica Kay Solo King K4102. This original concert will be accompanied by a screening of a film that documents Yeh’s activity as a volunteer trailer editor for Spectacle Theater in Brooklyn, reflecting on the roles, processes, and consequences of the video editor and the modern electronic composer.

C. Spencer Yeh was born in Taipei, Taiwan, studied film at Northwestern University in Chicago IL, repped Cincinnati OH for many years, and is now based in Brooklyn NY. Originally introduced and developed in an auto-didactic musical practice, Yeh’s work has become increasingly interdisciplinary, incorporating his background in video and other mediums. As an improviser, Yeh is focused on developing a personal vocabulary using violin, voice, and electronics. In compositional modes, Yeh works with all aspects physically, visually, conceptually, and aurally available. He is concerned not only with the sensual, but the gestural as well. Recognized for his musical projects Burning Star Core and CS Yeh, as well as many other individual and collaborative activities, Yeh has performed and presented work internationally in a wide spectrum of venues and situations.

Situations in 2013 so far include duets with cellist Okkyung Lee for Andrew Lampert’s Synonym for Untitled at the Whitney Museum, presenting solo vocal improvisations at the Segue Reading Series in NYC, and at the ICA Philadelphia via Primary Information, a duo with saxophonist Don Dietrich (of Borbetomagus), a trio with Jason Lescalleet and Nate Young (of Wolf Eyes), and sharing an evening at the Canal Series with artist Mary Lucier, both as soloist and as support in her original multimedia performance of I Am Sitting in a Room.

C. Spencer Yeh’s performance is sponsored in part by the Jerome Foundation.