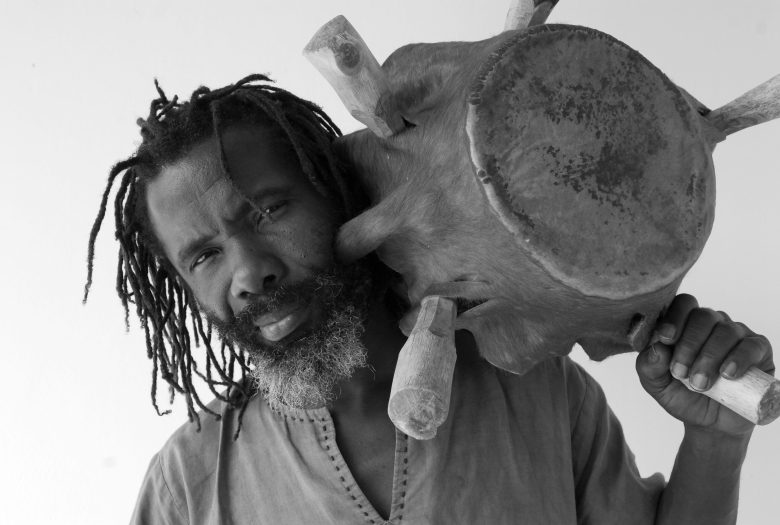 Take your love of drumming and dance to a new level! Join Makandal on Saturday, June 25, for an evening of Haitian drumming, song, dance, and film.

Call the Drum Spirit remembers Master Drummer Frisner Augustin (1948-2012) in a grand celebration of Haitian art. Since 2014 we have presented the diaspora’s première performing artists, along with a rich display of visual arts and moving images. Bring your dancing shoes—and your dancing partner!

In 1973 a group of young artists from Port-au-Prince, Haiti, formed La Troupe Makandal, and named it after a renowned eighteenth-century revolutionary and mystic. They created a repertory that drew from Haiti’s revolutionary legacy, and from oral tradition around the figure of their namesake. The company left Haiti in 1981 and regrouped in New York City, where it attracted new artists, both Haitians and friends of Haiti who are inspired by the company’s dedication to black history and culture. La Troupe Makandal incorporated in the State of New York in 1984 and won its not-for- profit status a year later. The company has distinguished itself for its theatrical representations of Vodou, a powerful but poorly understood form of Afro-Haitian spirituality. Under the direction of the late Master Drummer Frisner Augustin, an NEA Heritage Fellow (1999), the company developed performances and educational services that link Haitian history and culture, challenge ingrained stereotypes, and preserve and develop the stunning music and dance traditions of Haiti and the Haitian community of New York City. Since Mr. Augustin’s passing in February 2012, the Troupe has continued to perform and teach in his tradition, and in his honor.