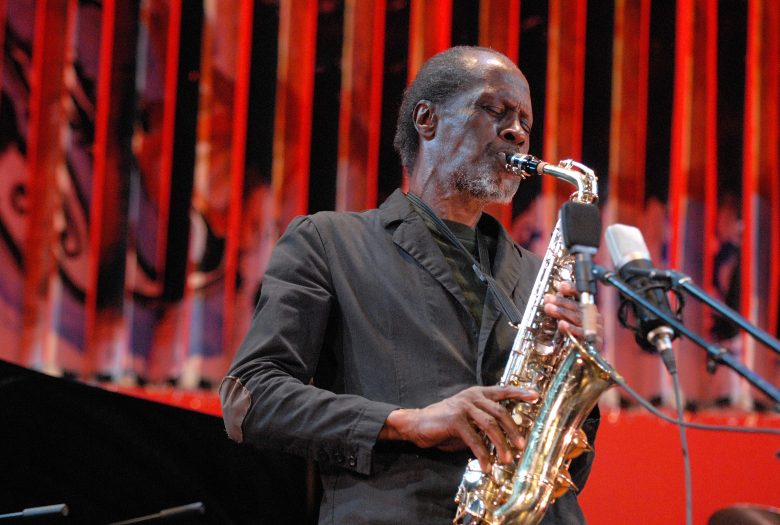 The roof-defying saxophonist Charles Gayle in his Trio with Hill Greene (bass) and David Pleasant (percussion).

A gentle and humble artist, Charles Gayle is clearly one of the greatest saxophone players in the FreeJazz tradition. Born and raised in Buffalo, he was much influenced by the church, where he grew up singing and playing music; Christianity is deeply felt by Gayle and is integral to his music. He is a musician who excels at whatever instrument he plays, be it sax or piano or bass. Primarily self-taught, he is tireless in his commitment to the music. He has played music all his life, be it on the streets where he lived for some time, or in fine European concert halls where he has been met with great enthusiasm. Gayle does not play for himself, but to serve. His intention is to move and inspire, and he has dedicated his life to this goal.