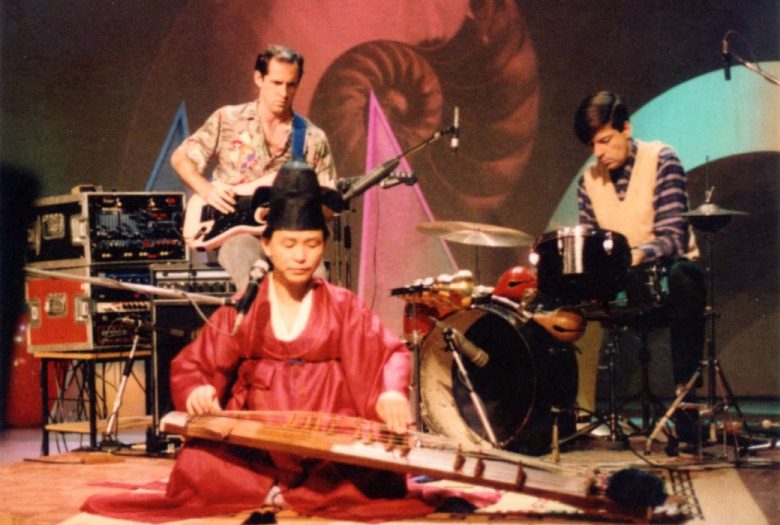 Invite the Spirit was formed in 1983 by Henry Kaiser, Charles K. Noyes and Sang-won Park, who were looking for the possibilities of improvising musicians from diverse cultures playing together; an ‘East-meets-West’ approach was not high on their agenda. Their first record, eponymously-titled, was released that same year on the Celluloid label, and has since become a collector’s item. The group has performed together throughout the US, Canada and Europe, collaborating with musicians as diverse as Darol Anger and the late Sonny Sharrock. Due to a scheduling conflict, Mr. Kaiser will be unable to appear. In his place will be the guitarist Jim O’Rourke who performed with the group in Chicago this past July. Mr. O’Rourke has performed with John Fahey, Red Krayola and his group Gastr del Sol; his record Terminal Pharmacy is available on the Tzadik label.