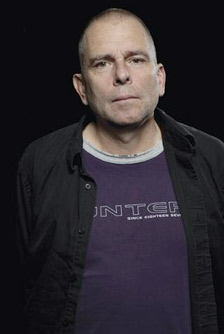 Guitarist/Singer/Composer Chris Cochrane has organized an evening of Hindustani singing, Mbira songs and Samba.  Bringing together all these musical styles that have entered his life recently, embracing traditions while exploring new meanings.   Music that comes from story- telling, politics, spirituality and collaboration; past-present-future.

Shona music from Zimbabwe is one of the most soulful sounds on the African continent. Originally used in spirit possession ceremonies, the iron-pronged mbira produces music beautiful enough to attract spirits and rhythmically energized enough to keep people dancing through all-night ceremonies.  MbiraNYC plays the traditional songs that have been handed down through scores of generations as given to us by the master mbira players of Zimbabwe.

Manhattan Samba
New York’s longest-running authentic Brazilian samba drum ensemble, has been delivering its irresistible, energetic, driving rhythms to dance floors around New York for over a decade. The all-percussion ensemble is a traditional Brazilian bateria, based on the drum groups that accompany the yearly carnival parades in Rio de Janeiro. Manhattan Samba is directed by Ivo Araujo, a master percussionist who has performed with leading samba schools in Rio de Janeiro, and was founded in 1990 by Ivo and Amy Duncan, jazz pianist, composer and leader of the band Brass Tacks. Manhattan Samba is a truly international group, with members from Brazil, Central and South America, Europe, Japan and the U.S., all of them trained by Ivo Araujo in his weekly samba percussion classes.

Manhattan Samba plays every Saturday night at New York’s top Brazilian club SOBs (corner of Varick & Houston Streets in Manhattan). Those performances were selected by The Village Voice as “the best way to wind up a Saturday night club crawl” with “stomping polyrhythms that ripple out like shock waves.” This late night dance party (2 – 4 a.m.) has kept SOBs audiences gyrating and coming back week after week for over five years.

Hindustani Singing
Chris Rael is the founder of NYC Indo-pop group Church of Betty, Chris has studied Hindustani classical singing and sitar in Varanasi, India. An award-winning theatre and film composer, he is currently building a new world pop ensemble, the Church of Betty Globestra. Deeply involved in the Downtown music community since the ’80s, he is delighted to be collaborating with Chris Cochrane. His large and diverse catalog is available at ChrisRael.com