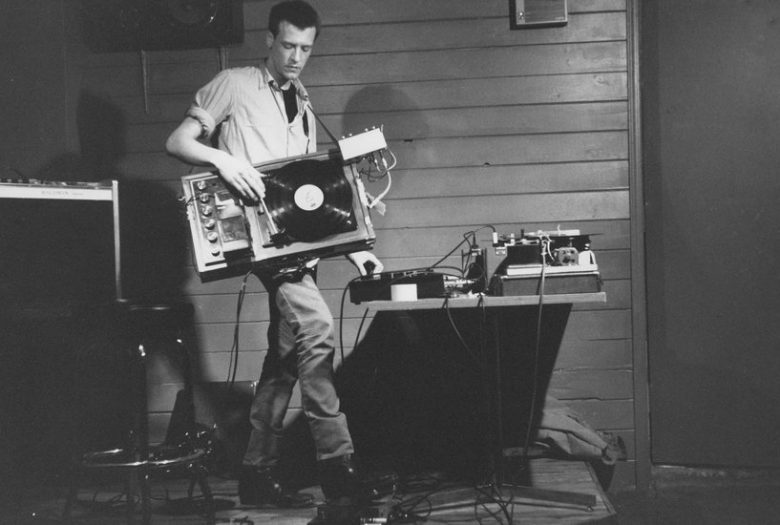 Solos, plus a trio with vocalists David Garland and Shelley Hirsch, and a brass quartet.

Christian Marclay is an American-Swiss artist known for his sculptures, videos, and music, especially his sound collages. The artist is also accredited with advancing “turntablism”, where one can manipulate sounds using two or more turntables. His critically acclaimed film The Clock (2010) compounded hundreds of film scenes where a clock or a watch displays a certain time. The 24 hour movie was meant to be watched in synchronicity, so that the times presented in the work correspond with the actual time of viewer’s day. “I think it’s liberating not having to deal with objects,” the artist remarked. “The physical display is important in order to appreciate the work, because you need that perceptual space between the four sources of sound and image. That’s the physical involvement.” Born on January 11, 1955 in San Rafael, CA, the artist was raised in Geneva, Switzerland and went on to study at the the École Supérieure d’Art Visuel in Geneva and at the Massachusetts College of Art in Boston. Although he was never formally trained in music, sound artists like John Cage, Yoko Ono, and Vito Acconci were influential in developing his practice. Today, Marclay’s works are in the collections of the National Gallery of Art in Washington D.C., The Museum of Modern Art in New York, the Kunstmuseum Basel in Basel, Switzerland the Hammer Museum in Los Angeles, and the Tate Gallery in London, among others. He lives and works in London, United Kingdom. —Bio as of 2019