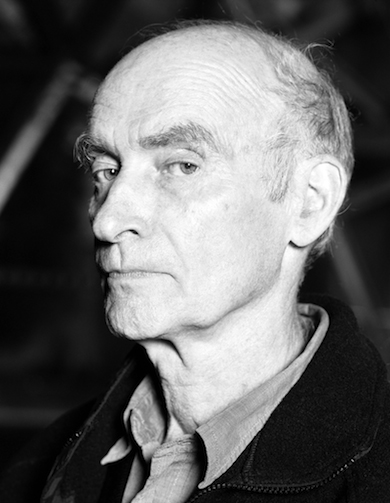 Christian Wolff was born in 1934 in Nice, France. He’s lived mostly in the U.S. since 1941. He studied piano with Grete Sultan and composition, briefly, with John Cage. Though mostly self-taught as a composer, the work of John Cage, Morton Feldman, David Tudor and Earle Brown have been important to him, as well as long associations with Cornelius Cardew and Frederic Rzewski. A particular feature of his music is the various freedoms it allows performers at the time of performance as well as the variable results possible for any one particular piece, for which various new notations have been invented. Underlying notions in the work are shared freedom, self-determination and democratically-spirited collaboration. The music is published by C.F. Peters, New York and much of it is recorded, on many labels. A number of pieces, starting in 1953, have been used and commissioned by Merce Cunningham and his dance company. Wolff has been active as a performer and as improvisor – with Takehisa Kosugi, Steve Lacey, Christian Marclay, Keith Rowe, William Winant, the group AMM, Kui Dong and Larry Polansky. His writings on music (up to 1998) are collected in “Cues: Writings and Conversations”, published by MusikTexte, Cologne. He has received awards and grants from the American Academy and National Institute of Arts and Letters, the Ford Foundation, DAAD Berlin, the Asian Cultural Council, the Fromm Foundation, the Foundation for Contemporary Performance Arts (the John Cage Award for music) and the Mellon Foundation. He is a member of the Akademie der Kuenste in Berlin and the American Academy of Arts and Sciences. In 2004 he received an honorary Doctor of Arts degree from the California Institute of the Arts. Academically trained as a classicist, Wolff was professor of classics and music at Dartmouth College from 1971 to 1999.