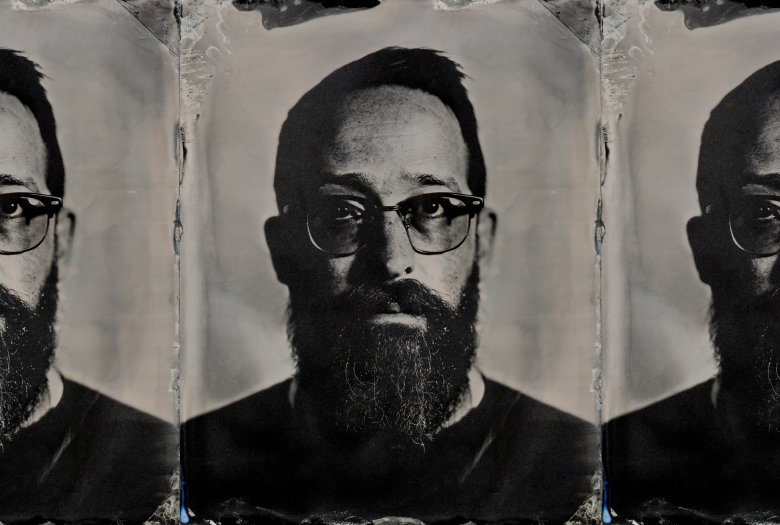 To celebrate his 40th birthday and 18 years of musical activity in NYC, composer/clarinetist/sound-alchemist Jeremiah Cymerman presents an exciting evening of new electroacoustic music. Solo performance has been a primary aspect Cymerman’s output since the early 2000s and the first set will feature new music for solo clarinet & electronics, followed by the return of the singular and enigmatic trio Bloodmist (featuring Toby Driver and Mario Diaz de Leon) who are celebrating their second release on 5049 Records. Closing the evening is the world premiere of the first in a new series of compositions for improvers, entitled Automatism #1.

This performance was originally scheduled for Spring 2020, but was postponed and rescheduled due to Covid-19. Roulette’s Fall season will be presented virtually and available for free on a variety of streaming platforms. Our theater is currently closed for public performances as a result of the Covid-19 pandemic and the safety measures that Roulette has put in place to keep staff, artists, and the public safe.

Jeremiah Cymerman is a New York City-based composer and producer. Since the early 2000s, “the protean composer and improviser has made an indelible mark on NYC’s DIY avant scene” writes the Brooklyn Observer. His recorded output, with multiple releases on Tzadik and his own 5049 Records, has been described by the Wire as “blown out studio creations that merge extended reed techniques with the crushing, airless sonics of black metal.” Since 2013, he has also produced the 5049 Podcast, a weekly program of conversations with contemporary music’s most daring artists such as Oren Ambarchi, Susie Ibarra, Zeena Parkins, Craig Taborn, MV Carbon, Trey Spruance, Ken Vandermark, and more.

Mario Diaz de Leon is a composer, performer, and educator, whose work encompasses modern classical music, experimental electronic music, extreme metal, and improvised music. Noted for their bold combination of acoustic instruments and electronics, his compositions have been documented on many recordings, often produced in collaboration with the International Contemporary Ensemble (ICE). Born in Minnesota, he has lived in New York City since 2004, and received his doctorate in music composition from Columbia University in 2013, where he studied with George Lewis and Fabien Levy.

Toby Driver is best known as the frontman and mastermind of the avant-goth band, Kayo Dot (ex-maudlin of the Well). In the past decade, he has masterfully explored the limitlessness of music, from weird metal to beautiful post-rock, from austere ballads to tripped-out 70s fusion and beyond, working alongside the likes of modern geniuses such as John Zorn, Trey Spruance (ex-Mr. Bungle, Faith No More), Mario Diaz de Leon (Oneirogen), and Jeremiah Cymerman. As a solo performer, on guitar, keyboard, and voice, Driver has been exploring dark, austere neofolk akin to Grouper, Michael Gira, Wooden Wand, and others, with a subtle progressive and unsettling edge. Whereas most musicians attach an identity to themselves in terms of scene or style, Driver’s music is the sound of the abandonment of identity, and the refusal to answer the question “Who are you?” Paradoxically, perhaps Driver’s defining characteristic as a composer and musician is this fearlessness of looking into the unknown

Cellist and Composer Christopher Hoffman was born in Park Ridge, Il. He studied at the University Of Wisconsin and has lived in New York since 2002. He performs regularly with Henry Threadgill’s Zooid, Dimples & Double Up Ensembles, Tony Malaby’s TubaCello Quartet, Jeremiah Cymerman’s Pale Horse and his own projects Silver Cord, Magic Wells and Company Of Selves.

Shayna Dunkelman is a musician and percussionist based in Brooklyn, NY who is known for her versatile and unique techniques, and use of electronics to access a sonic pallet not found in acoustic percussion. In addition to solo performances, Dunkelman tours with the Puerto Rican band Balún, multi-instrumentalist Emily Wells, electro-acoustic duo Peptalk, Pakistani singer, and author Ali Sethi, and her percussion duo Nomon with her sister Nava Dunkelman.

American cellist Mariel Roberts is widely recognized not just for her virtuosic performances, but as a “fearless explorer” in her field (Chicago Reader). Her ravenous appetite for collaboration and experimentation as an interpreter, improvisor, and composer have helped create a body of work that bridges avant-garde, contemporary, classical, improvised, and traditional music. Roberts is widely recognized for her “technical and interpretive mastery” (I care if you listen) and for performances which seethe with “excruciating intensity” (The Whole Note).  Roberts has released two solo albums of new works commissioned for her. The first, “Nonextraneous Sounds” (2012), was noted for it’s “technical flair and exquisite sensitivity” (Composers Forum). 2017’s “Cartography” (2017), solidified Roberts’ position as “one of the most adventurous figures on New York’s new music scene—one with a thorough grounding in classical tradition but a ravenous appetite for and tireless discipline in new work.” (Bandcamp). Her close collaborators have spanned a wide range of genres and include some of the most important figures on the contemporary and experimental scene, such as George Lewis, Alex Mincek, Tim Hecker, Nate Wooley, M. Lamar, Patrick Higgins (Zs), Ingrid Laubrock, Jeffrey Mumford, Sam Pluta, Eric Wubbels, and Ambrose Akinmusire.

New York-based percussionist Russell Greenberg enjoys exploring the creative and unclassifiable music of our time. Internationally sought-after for his singular approach and interpretation, he strives to share his passion for the musical experience with a wide variety of audiences. As a founding member of the piano and percussion quartet, Yarn/Wire, Russell has collaborated with many of today’s leading composers to craft a body of new, wide-reaching and vital repertoire. At the vanguard of contemporary music, Russell frequently tours the world, having appeared at the Ultima (Oslo), Tectonics (Glasgow), Lincoln Center (NY), Barbican (UK), and Rainy Days (Luxembourg) festivals among others, and is a regular visiting artist at universities including Columbia, Brown, and Stanford. Russell is also member of Either/OR and the Wet Ink Large Ensemble, and appears with other prominent groups as well such as the International Contemporary Ensemble (ICE), Argento, and sfSound, with performances having been labeled as “fearless” (TimeOutNY), and “intrepid/engrossing” (The New York Times). He has worked with a many leading composers and conductors including Pierre Boulez, Peter Eötvös, Susanna Mälkki, Enno Poppe, Beat Furrer, and others. In addition to his work with contemporary music ensembles, Russell has toured and recorded with the bands Seaven Teares, Kato Dot, and Hi Red Center.