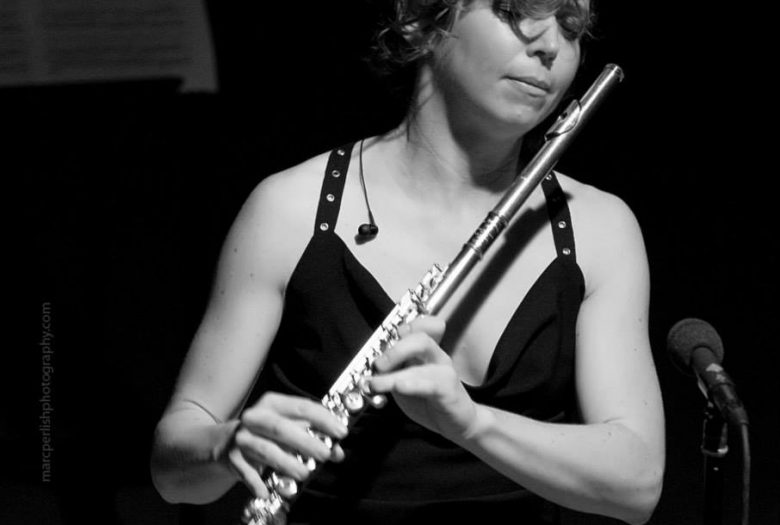 Flutist Claire Chase, a 2012 MacArthur Fellow, offers a rare solo recital for New York audiences at Roulette Brooklyn on Friday March 8, 2013 at 8pm. Anchored by George Brecht’s 1962 fluxus work flute solo and six different solo iterations of Pauline Oliveros’ open-form score A Fluting Moment, Chase’s program weaves 20th century classics by Berio and Reich with three premieres by bold young voices: Evan Johnson, Mario Toledo, and Mario Diaz de León. All three new works were written for Chase; the Johnson and Leon will be heard in their world premieres on this program, and the Toledo will be heard in its New York premiere.

Chase has structured the program as a continuous 65-minute performance, with the Brecht at the bookends and the six different Oliveros interpretations as connective tissue between the other selections.

Flutist Claire Chase, a 2012 MacArthur Fellow, is a soloist, collaborative artist and arts entrepreneur. Over the past decade Claire has given the world premieres of over 100 new works for flute, many of them tailor-made for her. Praised for her “extravagant technique, broad stylistic range and penetrating musicality” by the New York Times, Chase has given critically acclaimed solo recitals recently at Weill Recital Hall at Carnegie Hall, Avery Fisher Hall, and the Walter Reade Theater at Lincoln Center. Highlights of the current season include solo performances at the Guangzhou Triennial (Guangzhou, China), Museu Pinacoteca (São Paolo, Brazil), debuts in Berlin, Vienna, Paris, and the release of her second solo album, Terrestre. Chase was First Prize Winner in the 2008 Concert Artists Guild International Competition, and has performed as a soloist throughout the US, Europe, Latin America and Asia. She co-founded the International Contemporary Ensemble (ICE) in 2001 and serves as the organization’s Artistic Director and CEO. www.clairechase.net