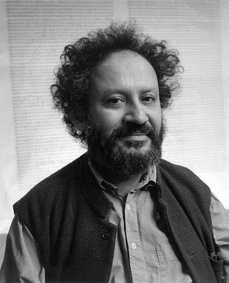 Sound and Motion, two important ingredients of music, are also essential to the worlds of speech and space, respectively. One speaks in musical contexts of “high” and “low”, of “fast” and “slow” as well as of “bright” and “dark” sounds and of “rhythmic articulation”, as in the sounds of language. For this performance, composer Clarence Barlow has prepared a video tape in which the music’s compositional extraction from its spatial or verbal origins is visibly and simultaneously re-enacted. The music plays “first fiddle” and the visuals accompany, instead of the usual vice versa. Featuring the Cologne-based American pianist Deborah Richards.

Clarence Barlow (born 27 December 1945) is a composer of classical and electroacoustic works. Barlow was one of the founders of Initiative Musik und Informatik Köln. In 1988 he was the director of music at the International Computer Music Conference in Cologne (Anon. 2014). From 1990 to 1994, Barlow was the artistic director of the Institute of Sonology, at the Royal Conservatory of The Hague, where he also taught in the composition department (Wilson 2001). His students have included Missy Mazzoli, Georg Hajdu, Harald Muenz [de], Marko Ciciliani, Juan Maria Solare, Juan Sebastian Lach, Kristoffer Zegers, Patrick Saint-Denis, and Gabriel Pareyon. See: List of music students by teacher: A to B#Clarence Barlow. Barlow prefers traditional instrumental timbres to electronically synthesized ones because “they sound so much more alive and exciting” (Kaske 1985, 23). Although for this reason most of his works have been written for traditional instruments, he has frequently used the computer to generate the structures of his works. His comprehensive theory of tonality and metrics was first tested in the piano work Çoǧluotobüsişletmesi (1975–79). Spectral analysis and instrumental resynthesis of human speech has also played an important role in his compositions. –Bio as of 2019