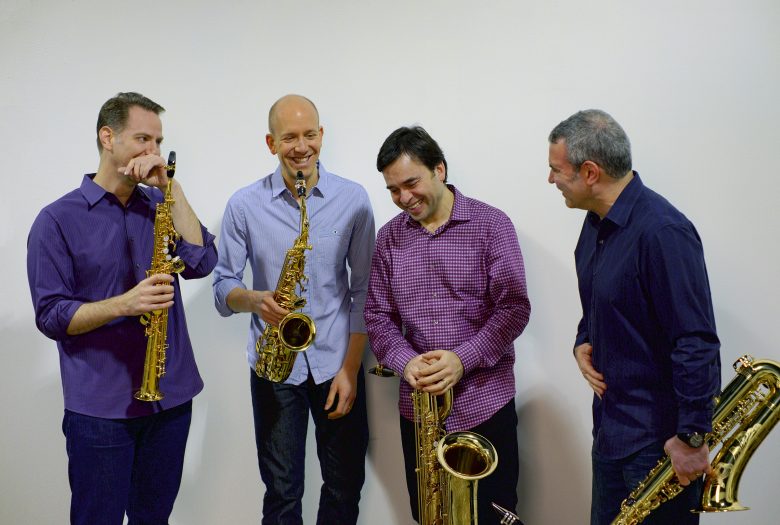 Premieres of new works by KEN UENO and STRATIS MINAKAKIS

In their first collaboration, PRISM and the Grammy-winning ensemble PARTCH (in its East Coast debut) premiere Future Lilacs by Ken Ueno and Skiagrafies (Shadow Etchings) by Stratis Minakakis for saxophones and Harry Partch instruments. “Of all the triumphantly weird characters who have roamed the frontiers of American art, none ever went quite as far out as the composer Harry Partch,” notes New Yorker critic Alex Ross. Finding no instruments capable of producing the sounds he imagined, Partch invented his own. The instruments use microtones, dividing the octave into 43 tones. Harry Partch famously held J. S. Bach responsible for a downhill trend in music: “the movement toward equal-tempered tuning, which meant that composers could not absorb the scales of other world traditions.” Commissioned works draw upon and extend this rich compositional tradition. Also on the program: Castor & Pollux by Harry Partch, Xas by Iannis Xenakis, and “Radical Alignment” from 15 Places At The Same Time by Steve Lehman.

“My work will metaphorically connect to color theory in blending different temporalities. It is the scientific reduction of sounds to a common denominator (thinking in terms of frequencies rather than scales) that helps me with this approach, which I consider a Newtonian way of rationalizing the ineffable.”

“My work, “Shadow Etchings,” will explore the musical dimensions of the dichotomy between what Goethe describes as “uncolored” versus “colored” shadows. What does it mean to construct such shadows of a sound?”

COLOR THEORY will be broadcast by media partner WWFM and culminate in a recording on XAS Records (PRISM’S new label), distributed worldwide by NAXOS, with liner notes by WNYC’s John Schaefer. 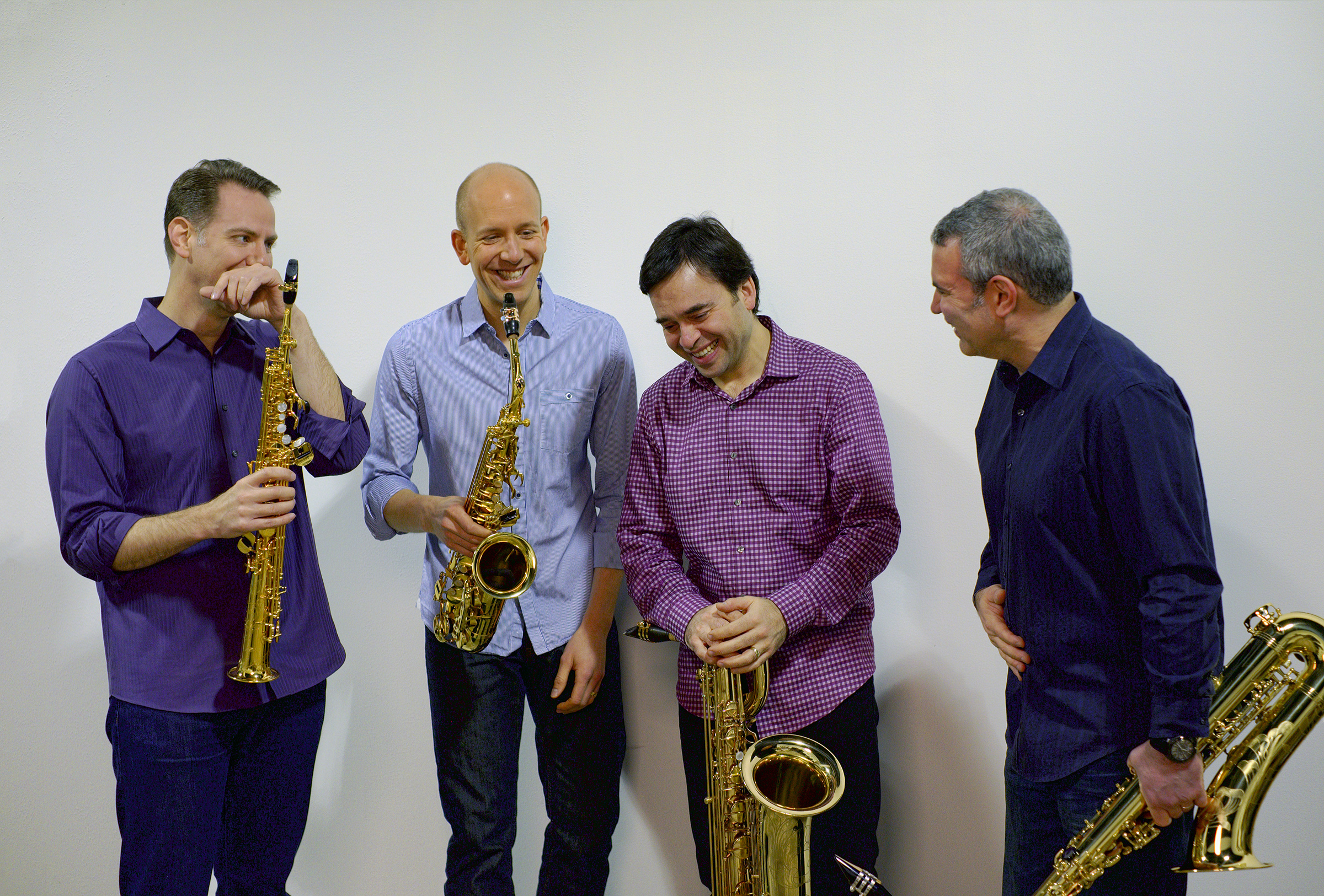 Intriguing programs of great beauty and breadth have distinguished the PRISM Quartet as one of America’s foremost chamber ensembles. Two-time winners of the Chamber Music America/ASCAP Award for Adventurous Programming, PRISM has been presented by Carnegie Hall, the Chamber Music Society of Lincoln Center, and as soloists with the Detroit Symphony and Cleveland Orchestra. Champions of new music, PRISM has commissioned over 250 works, many by internationally celebrated Pulitzer Prize-winning composers. PRISM’s discography includes 15 recordings for Albany, Innova, Koch, ECM, Naxos, New Dynamic, New Focus, and its own newly-launched label, XAS Records. PRISM may also be heard on the soundtrack of the film “Two Plus One” and has been featured in the theme music to the weekly PBS news magazine “NOW.” PRISM performs exclusively on Selmer saxophones. 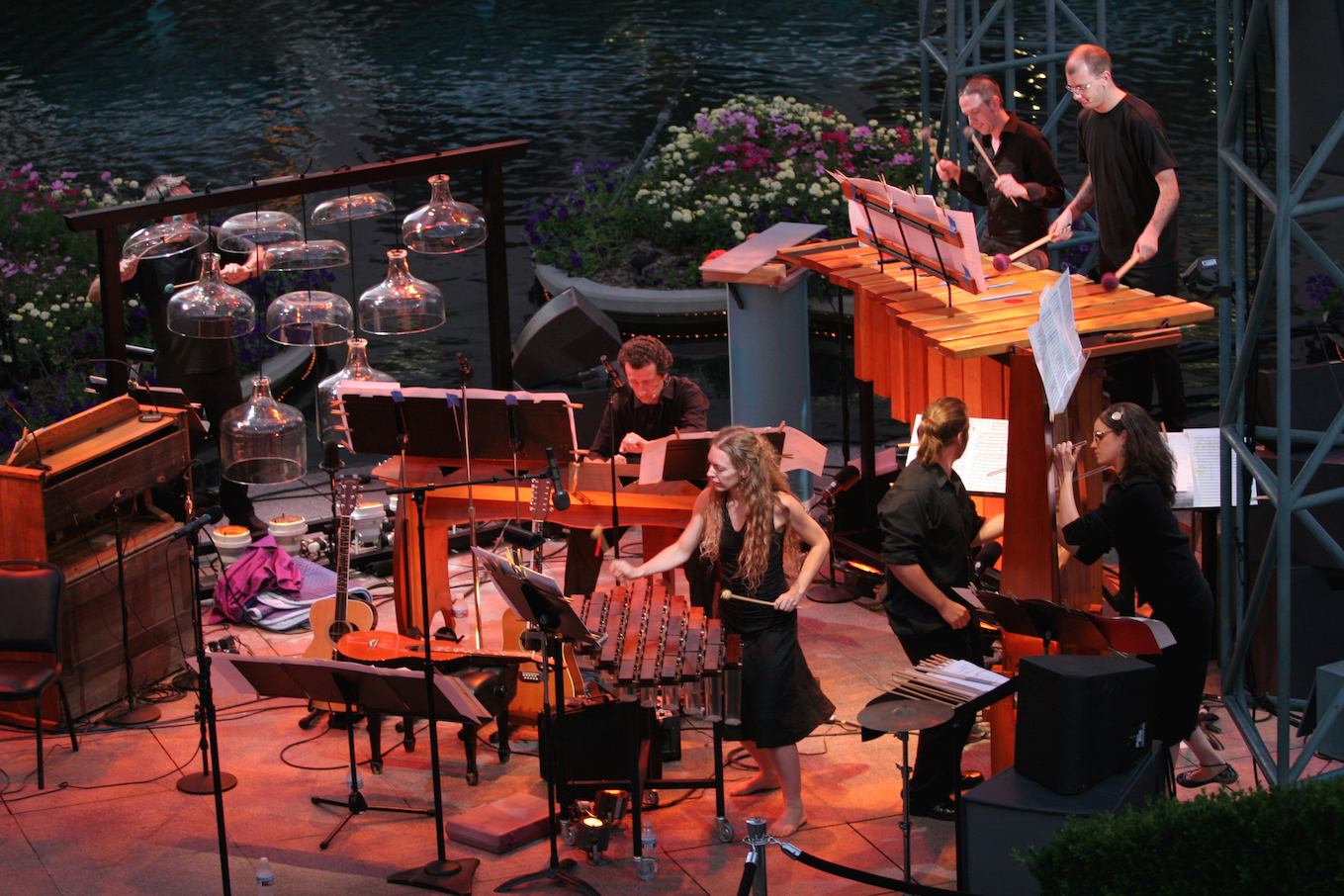 Partch is a Grammy-winning ensemble that specializes in the music & instruments of the iconoclastic American Maverick composer Harry Partch who, between 1930 and 1972, created one of the most amazing bodies of sensually alluring and emotionally powerful music of the 20th century. Partch wrote music drama, dance theater, multi-media extravaganzas, vocal music and chamber music—all to be performed on the extraordinary orchestra of instruments that he designed and built himself. Since their formation in 1991 to perform the music of Lou Harrison and Harry Partch, the group has gone on to commission and premiere works by Larry Polansky, Mamoru Fujieda, John Luther Adams, Mari Takano, Sasha Bogdonawitsch, James Tenney and others. They toured Japan under the auspices of the American Embassy’s prestigious Interlink Festival, and performed for the LA County Museum of Art, Sacramento’s Festival of New American Music, Minnesota Public Radio’s American Mavericks, the Getty Center, and the San Francisco Symphony. In 2004, they made their Disney Hall/REDCAT debut premiering Harry Partch’s Bitter Music, and have returned every year since.

ACKNOWLEDGEMENTS
Original support for Color Theory was provided by The Pew Center for Arts & Heritage. This program is presented with generous support from The MAP Fund, supported by the Doris Duke Charitable Foundation and the Andrew W. Mellon Foundation; the New York State Council on the Arts with the support of Governor Andrew Cuomo and the New York State Legislature; the Alice M. Ditson Fund of Columbia University; New Music USA; the National Endowment for the Arts; and Conn-Selmer, Inc.