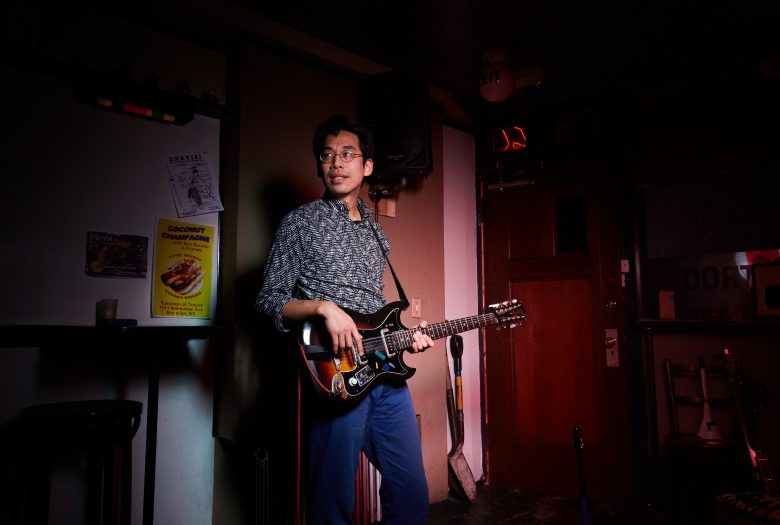 Widely celebrated as the guitarist and multi instrumentalist in 75 Dollar Bill, his project with drummer Rick Brown, Che Chen has taken this Roulette/Jerome Foundation commission as an opportunity to push deep into the sound worlds of modal improvisation, untempered tunings, and extended, slow moving durational structures. Built around a just intonation tuning matrix and modes devised by Chen, this intimate, evening length work aims to slow the listener’s attention and direct it towards minute differences in pitch, timbre, and awareness.

Chen has assembled a new ensemble especially for this piece featuring Talice Lee (violin, voice), Patrick Holmes (clarinet, voice) and himself (bass recorder, voice, electric organ). Bracketed by long tone harmonies and unison themes, individuals improvise at length with extemporaneous support from the other two players. The trio’s interaction is often framed by static, microtonal chords from Chen’s organ, resulting in a “triangle within a circle” structure of voices.

Slowness is attention.
Harmony is listening.
Tuning is music. 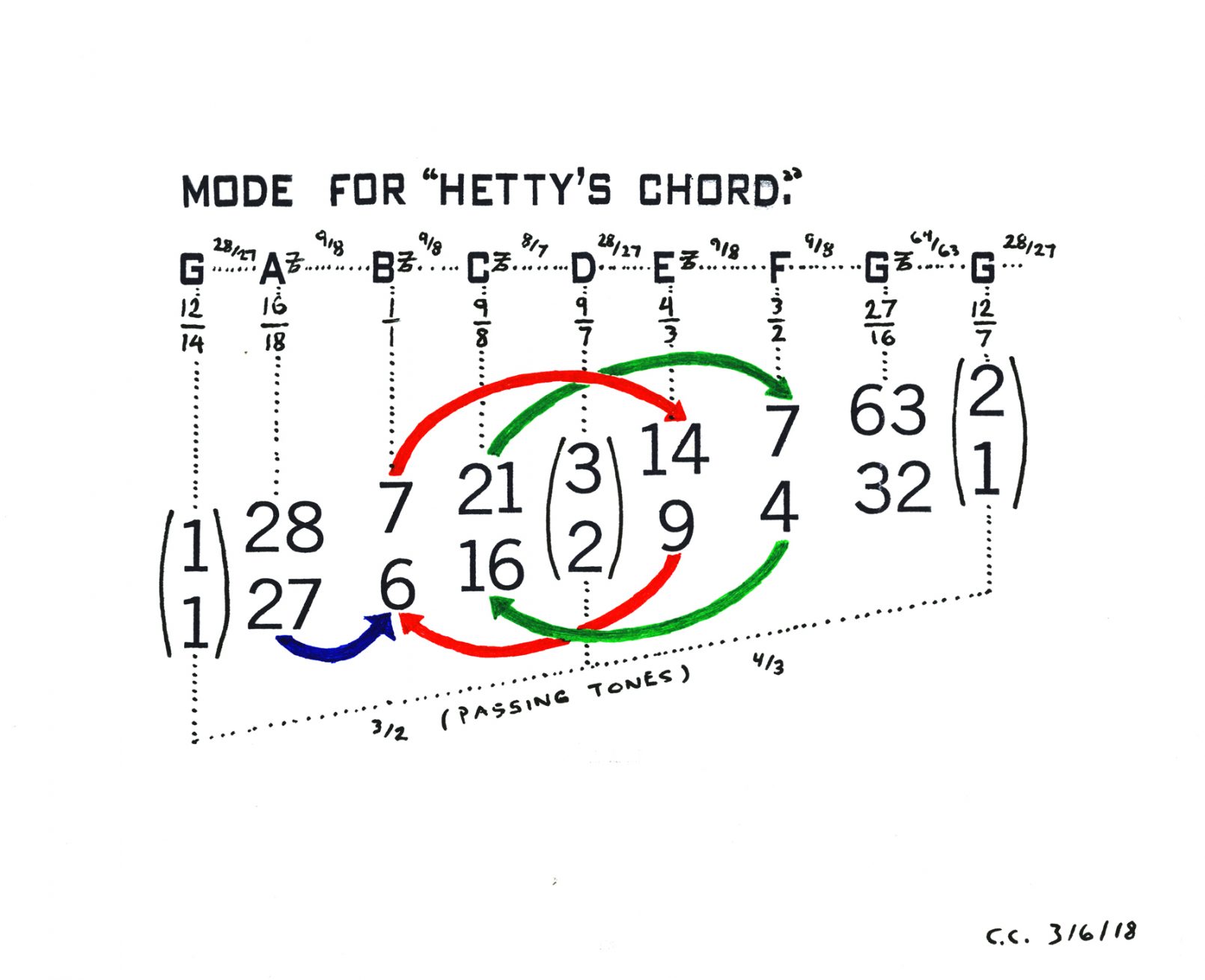 Che Chen is a musician and multi-instrumentalist based in Queens and Stonybrook, NY where he works for the family cancer diagnostics business. Born in 1978 to Taiwanese immigrant parents, Chen studied painting and drawing before turning his attention to sound. This change in direction has made improvisation, the harmonic series and the ecstatic possibilities of music his main preoccupations ever since. Chen’s interest in modal, microtonal improvisation has led him to an earnest, if rather informal study of the musical traditions of North Africa, India, and the middle east, as well as the acoustical theories underpinning their tuning systems (just intonation). After more than a decade of experimentation with an uncategorical variety of musical instruments and sound making objects, he went into the woodshed with the electric guitar, which eventually led him to form 75 Dollar Bill with percussionist Rick Brown in 2012. While principally a duo, 75 Dollar Bill’s modal, polyrhythmic sound often manifests itself in expanded lineups varying in size from small ensembles to 25-piece marching band.

Though mostly a self-taught musician, he took a crash course in the Moorish modal system from Jeich Ould Chigaly in Nouakchott, Mauritania in 2013, an experience which deepened his commitment to microtonal, modal improvisation and radically altered his approach to the guitar. He also considers his first band, True Primes, and playing in groups led by Tony Conrad, Chie Mukai (Che-Shizu), and Tori Kudo (Maher Shalal Hash Baz) essential parts of his musical education. Other ongoing projects include solo work, a trio with Aki Onda and Tashi Dorji, duos with David Watson and Amirtha Kidambi, and the multi- generational, free jazz meets deep listening big band that’s name is always some variation of the esperanto word for orchestra, Orkestro. He runs his own small label, Black Pollen Press, through which he has released recordings of his own projects as well as works by Eliane Radigue, Pauline Oliveros, Yoshi Wada and Catherine Lamb. He is also an active concert organizer and hosts the monthly series “Fire Over Heaven” at Outpost Artists Resources in Ridgewood, Queens.