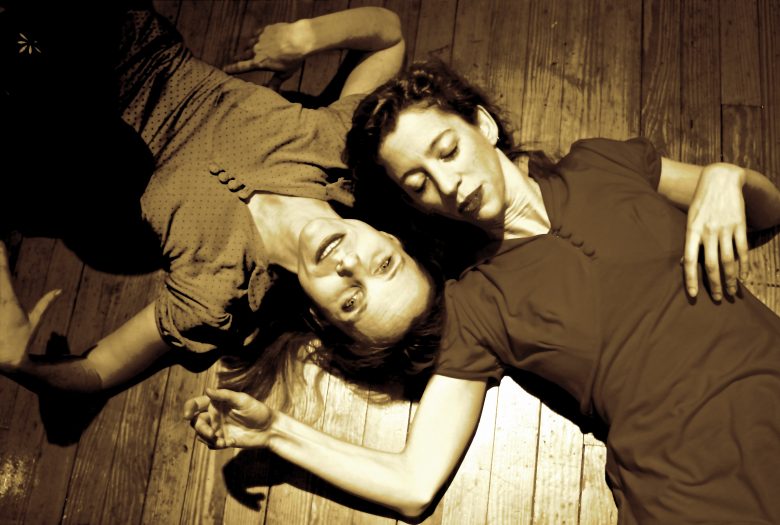 Next to Nothing: Full Performance

Next to Nothing
This musical/physical/vocal exposure of the present moment reveals what we’ve known all along – nothing happens for a reason. Next to nothing, there’s always something clamoring to exist. In this fully improvised performance, distinctly evolved narratives dovetail with intricate dances. Songs avalanche out of sound, morph into gestural architectures with a keen ear for broken rhythms and altered states of mind. The will-o’-the-wisp moment is made flesh in Second Nature’s ongoing exploration of the physical supernatural and the real-as-your-hometown macabre.

Cassie Tunick is a performer, writer, and teacher. Her physical improvisations have been seen on stages across the US and in Germany, France, the Netherlands, and Estonia. Theatrical collaborators include the Butoh troupe inkBoat, experimental music-theater group Reflex Ensemble, video artist David Finkelstein, the poet Katie Yates, and Abby Bender. Currently she performs with Second Nature. She has danced for Tracey Rhoades’ Exploding Roses, played keyboards with The Mad Scene, acted the title role in Eric Kozial’s film The Duchess, and vocalized with the band Barbez. In New York her work has been presented at Triskelion Arts, Danspace at St. Mark’s Church, Ontological Theater, Brooklyn Museum, Irondale Center, Dixon Place, Movement Research, and Roulette. She is a Senior Teacher of Ruth Zaporah’s Action Theater, devoted to the study and development of Action Theater for the last 25 years. She holds an MFA in Writing and Poetics from Naropa Institute and recently finished editing a book on improvisation by Ruth Zaporah due out in September.  www.cassietunick.com

Heather Harpham is a writer, teacher, and physical theater performer, who lives 12 miles north of New York City. Her solo plays, and improvisation collaborations with Cassie Tunick, have been presented widely in NYC, nationally, and internationally. Her most recent solo, BURNING, was included in the 2013 One Woman Standing Festival. Her previous solo, Happiness, played in the International Kathmandu Theater Festival, in Nepal. Second Nature last performed together in the 2013 Notafe Festival in Estonia. Harpham has received the Brenda Ueland Prose prize for her writing, a grant from the Barbara Deming Memorial Fund, and was a 2010 nominee for a New York Innovative Theater Award for her ensemble work with Company SoGoNo. She has guest taught at NYU, The Neighborhood Playhouse, Muhlenberg College, The Pratt Institute, and Sarah Lawrence College. She is currently adjunct faculty at Manhattanville College and SUNY Purchase. It has been her great joy to play in the imaginative realm with Cassie Tunick since the age of ten. www.heatherharpham.com

Danny Tunick is a veteran of an array of musical scenes in New York City and beyond. From many varieties of rock (Jowe Head, Dan Kaufman’s Euro-literary-underground band Barbez, Rebecca Moore’s Prevention of Blindness, New Zealand cult legends The Clean) to classical (he has conducted music by Pierre Boulez, Charles Wuorinen, and Zs founder Sam Hillmer, among others, and performed in countless premieres as percussionist), to music falling between any convenient category (Alvin Lucier, Arnold Dreyblatt’s Orchestra of Excited Strings, Elliott Sharp’s Orchestra Carbon, Christian Dautreme’s indescribable Sugarlife, the pagan Civil War rituals of Flaming Fire, David First’s The Western Enisphere), he has attempted to navigate around and through innumerable musical obstacles. He has worked closely with many dancers and dance companies, including Juliette Mapp and Armitage Gone! Dance, and theater directors John Jesurun and Rinde Eckert. His performances can be heard on over 30 record labels, including Tzadik, CRI, Opus One, Siltbreeze, EMI, New Albion, Capstone, Merge, RCA, Wiiija, Important, Mutable Music, Bridge, Happy Squid, Cantaloupe, Red Toucan, Black Box, Rare Book Room, and Rock Against Rock.