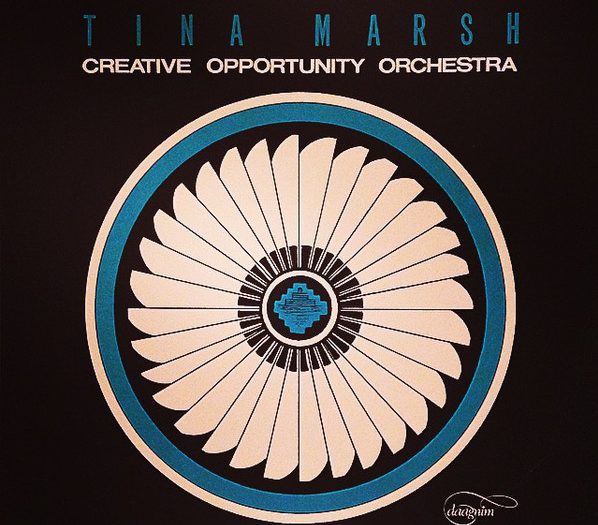 We are the Creative Opportunity Orchestra, a ten member composers forum for new jazz music. This concert features a new commission from one of our core composers, Bob Rodriguez from the Chamber Music America/Doris Duke New Works Program. The program will include works from other member composers including Tina Marsh (a 2004 CMA/DD recipient), John Mills, Alex Coke, Brian Allen with additional ensemble players Dennis Dotson, Ron Horton, Curtis Fowlkes, and more.

“CO2 is a killer band … great, wise recordings stomping into disparate passions, touching on Ellington, Sun Ra, Stravinsky in tandem with CO2’s sweeping Big Band sound.” THE SEATTLE WEEKLY”This uncompromising ensemble features Marsh’s vocals and she evidently can sing just about anything she can think of. Over the course of 2 sets and dead-on intonation, she recited texts, added wordless vocal lines to the mix, whispered, murmured, and at times seemed to be receiving alien transmissions. It’s risky, out-on-a-limb vocalizing … but there’s something innately appealing about her approach … The charts are creative and stimulating, and with the band at the end of their brief tour, they were at a real peak of dynamic interplay. Definitely a group deserving of much widerrecognition.” CADENCE Magazine

Among the many pioneers on the Austin music scene, the Creative Opportunity Orchestra (CO2) stands as one of the boldest and certainly the jazziest. Beginning in 1980, CO2 dared to cross the unknown frontiers of avant-garde jazz and improvisational music. Led by Texas Hall of Fame vocalist Tina Marsh, whose singing has been called “scat to the highest power,” CO2 set out to break free of the pressures of commercial nightclub performance and explore composition and improvisation possibilities in a large-group format. With innovative compositions, laced with free-form inventions and the unique vocalizations of Marsh, CO2 has accelerated the genre into the modern age with an avant-garde jazz sound mixed with a world music sensibility. Originally consisting of 20 members, the orchestra has involved more than 200 musicians over its 26 years, including guest artists such as Roscoe Mitchell, Carla Bley, Steve Swallow, Billy Hart, and Kenny Wheeler. CO2 has established a position as a respected musical organization in Austin (Artistic Director Tina Marsh was inducted into the Texas Music Hall of Fame in 2001), and has also garnered much national and international acclaim. From 2002-2008 CO2 has produced its annual NEW JAZZ Series, which highlights local jazz musicians as well as featuring national artists, including Hamiet Bluiett, Fred Hess, Ron Miles, Sue Mingus, Boris Koslov, Kidd Jordan, Alvin Fielder and others. CO2 has numerous recordings, including the most recent release MIGRATION, available with other CD’s at the website www.creop.org