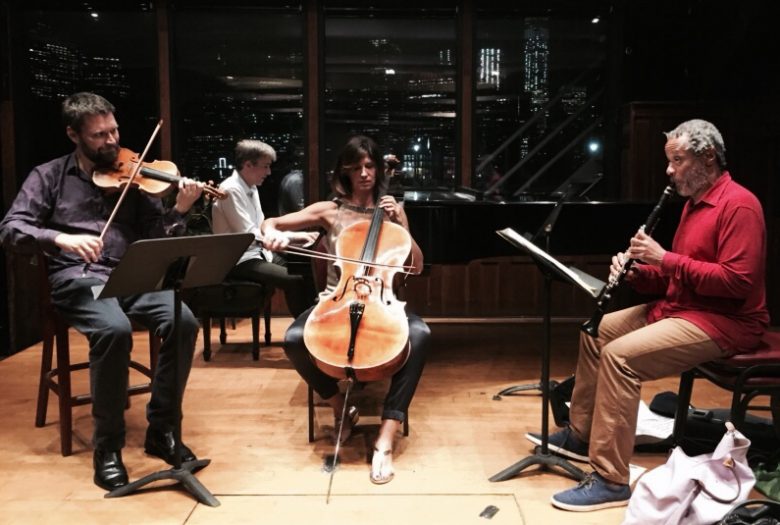 For over two decades, Don Byron has been a singular voice in an astounding range of musical contexts, exploring widely divergent traditions while continually striving for what he calls “a sound above genre.” As clarinetist, saxophonist, composer, arranger, and social critic, Byron redefines every genre of music he plays, be it classical, salsa, hip-hop, funk, rhythm & blues, klezmer, or any jazz style. Byron is a recipient of the Guggenheim Fellowship, Doris Duke Performing Artist, Sundance and Rome Prize fellowships, and was a 2009 finalist for the Pulitzer Prize. His most recent recording, Infinite Winds, features his concerto for clarinet and wind ensemble commissioned by MIT.

Born and raised in the Bronx, New York, Byron was exposed to a wide variety of music by his father, who played bass in calypso bands, and his mother, a pianist. His taste was further refined by trips to the symphony and ballet and by many hours spent listening to Dizzy Gillespie, Miles Davis and Machito recordings. He formalized his music education by studying classical clarinet with Joe Allard while playing and arranging salsa numbers for high school bands. He later studied with George Russell in the Third Stream Department of the New England Conservatory of Music and, while in Boston, also performed with Latin and jazz ensembles.