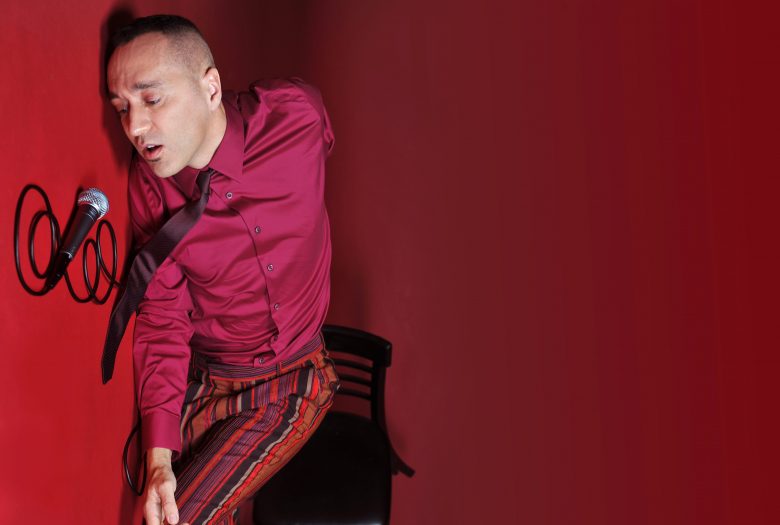 Vocalist Theo Bleckmann takes on the mysterious songbook of British pop recluse Kate Bush. This project goes beyond merely re-creating Kate Bush’s music but taking it into other realms of sound and interpretation. Bush’s œuvre is indeed mysterious and often enigmatic in nature: unusual song forms, oracular lyrics amd unpredictable meter- and harmony-changes are an anomaly in pop music, making it the perfect vehicle for Bleckmann‘s distinctive, interpretive spirit and interest in the unusual.

Even though Bush still remains a household name, it is fair to say that her music is not your usual run-of the mill boy-meets-girl/boy-loses-girl fare. Her use of British and Irish myths, her references to psychology, literature and film,  her meticulously multi-layered productions and her unusually high voice make her idiosyncratic body of work challenging for other artists to interpret.  Bleckmann first heard Bush as a young teenager and was immediately intrigued…”her music has this thing that I love in art: you’re instantly drawn into someone’s universe without really knowing why but somehow understanding everything in your heart.” A lot of teenage pop heroes came and went, but Kate Bush remained a constant in Bleckmann‘s life. “Her songs and records never became obsolete  — I now realize that the way she layered sound, speech and music became a major influence for my live electronic looping aesthetic.”  For “Hello Earth!,” Bleckmann chose songs that warranted a different interpretation.

A jazz singer and new music composer of eclectic tastes and prodigious gifts, GRAMMY® nominated Theo Bleckmann makes music that is accessible, sophisticated, unsentimentally emotional, and seriously playful. Bleckmann, who has been residing in New York City since 1989, has released a series of gorgeous and irreverent albums on Winter & Winter, including recordings of Las Vegas standards, of Weimar art songs, and of popular “bar songs” (all with pianist Fumio Yasuda); a recording of newly-arranged songs by Charles Ives (with jazz/rock collective Kneebody); his acoustic Solos for Voice “I dwell in possibility”, and his highly acclaimed “Hello Earth – the Music of Kate Bush.”