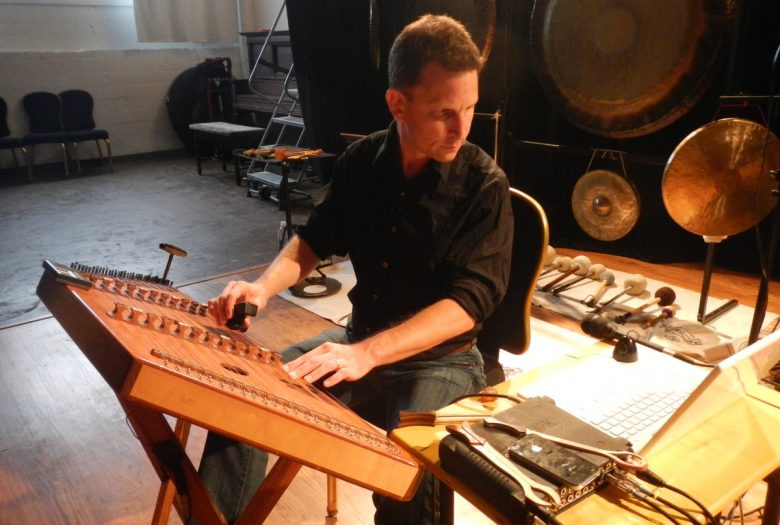 In its second concert since the group’s return from a three-year absence, the Dan Joseph Ensemble will perform a full program of the composer’s chamber works featuring the second hearing of his newest large-scale work Tonalization (for the afterlife). Completed in 2009, this new work for instrumental sextet continues to explore Joseph’s hybrid style. By far his largest work for the ensemble, Tonalization (for the afterlife) emphasizes the composer’s conception of “tone,” a notion he expresses through a continually varying timbral and rhythmic soundscape. Described by early listeners as “compelling,” “stunningly beautiful,” and “a grand form,” the work is dedicated to the memory of the late Suzanne Fiol, founder of Brooklyn’s Issue Project Room where the work premiered in March of this year. The program will also include two earlier ensemble works, Percussion and Strings (2004) and the Archaea Quartet (2001) both from the groups first recording Archaea (Mutable Music, 2006), and the flute and hammer dulcimer duo Wind Patterns (2002).

The Dan Joseph Ensemble was founded by New York-based composer Dan Joseph as a vehicle for his growing body of post-minimal compositions. With a unique instrumentation anchored by hammer dulcimer and harpsichord, a mix of winds, strings and percussion, the ensemble sound is harmonically rich and deeply resonant, evoking a musical world both ancient and modern. Described as “one part classical minimalism, one part rustic European mountain music. . . and maybe one part sunshine” (Time Out New York), and “hypnotic webs of sound reminiscent of early minimalism and psychedelia” (Newmusicbox.org), the ensemble had it’s first performance in San Francisco in 2001. This led to a series of concerts in various New York City lofts, galleries and concert stages from 2002 to 2006 culminating in the release of the full-length CD Archaea on the Mutable Music label. The ensemble currently consists of Tom Chiu (violin), Loren Dempster (cello), Maria Ilic (harpsichord), Leah Paul (flute), Danny Tunick (percussion) and the composer on hammer dulcimer.

Dan Joseph is a free-lance composer based in New York City. He began his career as a drummer in the vibrant punk scene of his native Washington, DC. During the late 1980s, he was active in the experimental cassette music underground, producing ambient-industrial works for independent labels in the U.S. and abroad. He spent the ’90s in California where he completed his academic work at CalArts and Mills College. His principal teachers included Pauline Oliveros, Alvin Curran, Mel Powell and Terry Riley. Embracing the musical multiplicity of our time, Dan works simultaneously in a variety of media and contexts, including instrumental chamber music, free improvisation, and various forms of electronica and sound art. Since the late 1990s, the hammer dulcimer has been the primary vehicle for his music, and he is active as a performer with his own chamber ensemble, The Dan Joseph Ensemble, as well as in various improvisational collaborations and as an occasional soloist.

More on the web: