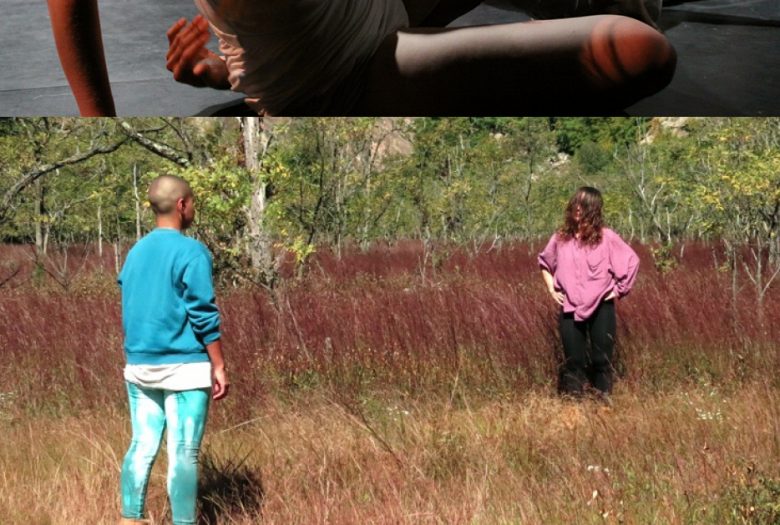 Mariana Valencia
sky circle
A work that uncovers what solo bodies can do. We were told we can’t see the top of the sky.

Emily Wexler
Forest Floor
An investigation with three other women which is composed through a complicated structure that constantly dismantles itself. The work considers the consumption of women’s bodies by the public, while the women use their physical efforts, as a way to aggressively resist its theft.

Emily Wexler has worked as an artist based in Brooklyn since 2004. She has performed alongside many incredible artists, including Rebecca Brooks, Kim Brandt, Karinne Keithley Syers, Yvonne Meier, Ryan McNamara, Jen McGinn, Ishmael Houston-Jones, and Ann Liv Young. Her work has been seen in venues and settings throughout the U.S. and abroad. Most recently, Wexler was honored with a Bessie nomination for her performance in Yvonne Meier’s Mad Heidi. She is also working with Niall Jones on a performance movement called Raw Sugar which is interested with disturbing the already disturbed. Wexler holds an MFA in Dance from Hollins University and teaches Dance History/Theory/Criticism and Performance Labs at The University of the Arts.
Complete DanceRoulette Schedule