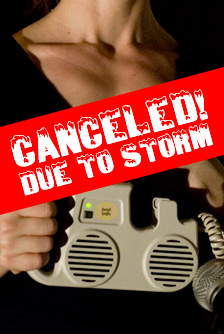 TONIGHT’S EVENT IS CANCELED DUE TO BAD WEATHER.

A work-in-progress excerpt from new full-length work to premiere at The Bushwick Starr in February 2014.

Jennie MaryTai Liu’s work has been presented by New York venues including Dance Theater Workshop, The Ontological-Hysteric Theater, HERE Arts Center, Brooklyn Arts  Exchange, and the Bushwick Starr. She has been awarded grants from the Multi-Arts Project Fund and the Jerome Foundation Travel, and was a 2011 Bogliasco Foundation fellow. She has performed with Big Dance Theater,  Witness Relocation Company, Faye Driscoll Dance Group, Cathy Weis Projects, and Nellie Tinder. Her dance film ‘Scout Hut’ recently screened at Chez Bushwick Presents at CPR, and at the Frameworks Dance Film Festival at DNA. She holds a BFA in Theater from New York University’s Experimental Theater Wing, and received her MFA in Dance from Hollins University. Jennie currently resides in Los Angeles where she is making her new piece, to premiere at The Bushwick Starr in February, 2014. For more see:  www.jennieliu.com.

Jillian Sweeney and collaborators will perform an excerpt from Vulture-Wally, a dance piece that uses spoken word, song, and dialog to create a long-form poem about who owns our bodies and who authors our stories. Based on the 19th century Austrian Alps folk novel Geier-Wally, the dance dissects the melodramatic hero(ine) by examining individual body parts and pairing the movement with deconstructed classic film scores.

Jillian Sweeney received her MFA in Dance from Smith College, where she was also a teaching fellow. Her work has been presented by The Chocolate Factory, HERE Arts Center and in festivals/showcases around NYC, including Danspace Project’s Food For Thought, DanceNOW, MAD, WaxWorks, Dixon Place, and Galapagos Art Space. She co-created and performed in DTW’s Community Choreography Challenge videos and recently developed two solo- shows – THIS COULD BE IT and IMAGINIARY LINES in collaboration with director/writer Jeffrey Cranor. She is currently in residence through LMCC’s Swing Space works at a literary agency in Soho.

Choreographed by Aynsley Vandenbroucke in close collaboration with the performers.

In this developing piece, Aynsley Vandenbroucke and performers Lauren Grace Bakst and Rebecca Warner give themselves small projects based on sometimes unanswerable questions.  Among these: Are thinking and dancing the same thing?  What would a written index for a dance look like? What is the subtlest dance we can make?  How do we find meaning in the world, and what does that have to do with dance?

Aynsley Vandenbroucke is a choreographer, movement analyst, curator and educator.  Called “gifted” by the New Yorker and “an elegant, sensitive thinker” by The New York Times, she has been creating dance in New York City since 2000.  Her work has been performed throughout the city as well as in San Francisco and Brazil.  Aynsley recently completed an artist residency at Yaddo and will premiere her newest evening length work at The Chocolate Factory in May 2013.  She co-founded Mount Tremper Arts, a center for contemporary performance and visual art in the Catskill Mountains, and teaches at Princeton University where she is also a fall 2012 artist in residence.   Her writing on dance has been published in The Performance Club, The Brooklyn Rail, and Movement Research Performance Journal. www.movementgroup.org