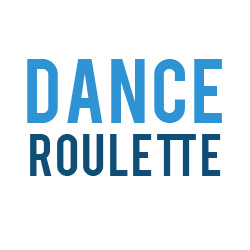 Dedicated to the collaborative efforts of composers and choreographers, this event brings both music and dance to Roulette. Some of the partnerships presented are years in the making while others have joined forces for the first time. Over the course of two nights, Melanie Maar & Kenta Nagai, Jessica Cook & Ashcan Orchestra, Katy Pyle & Jules Skloot, Beth Gill & Jon Moniaci, and Tess Dworman, Kyli Kleven, Steve May, & Tristan Shepherd share their varied perspectives on the relationship between sound, movement, composition and choreography.

In “3 duets of Unification Theory,” Katy Pyle and her collaborator
Jules Skloot explore the questions of emotional microcosms and their
connection to what’s visible in the macrocosm of performance. This
work puts humiliating desires on display in 3 duets involving quilts,
ritualistic transformation, and a queer salior and mermaid.

Jessica Cook with The ashcan “Orchestra”

Jessica Cook will be presenting a mixed media performance with collaborators The ashcan “Orchestra.” This solo will contain a cumulative representation of the artist’s endeavors in sculpture, drawing, and wiggling. The ashcan “Orchestra” is simultaneously the work of composer p. spadine, a large collection of toy and real instruments, and a revolving performance ensemble based in Brooklyn, NY.

Jessica Cook is a Brooklyn based artist originally from Durham, North Carolina. She graduated from SUNY Purchase from the conservatory of dance in 2005. Since graduating she has worked with Noemie Lafrance, Hilary Easton & Co, Gallim Dance Company, Eagle Ager, Sidra Bell Dance NY, Regina Rocke, Holly Faurot & Sarah Paulson, Chase Granoff, Christine Elmo, Anneke Hansen, and the cook sisters. She will be performing with Steven Reker at the Kitchen this March.

Caitlin Marz, Tess Dworman, Steve May, and Kyli Kleven met at the University of Illinois Urbana-Champaign, where they obtained BFAs in 2006, 2007, 2008, and 2009, respectively. Caitlin, Tess and Steve spent a few years in Chicago making and performing work as part of Live Animals Collective and The Dance Team (and Friends). Meanwhile, Kyli made international best friends at ImpulsTanz in Vienna. Steve and Kyli recently worked in Urbana with Jennifer Monson on her Mahommet Aquifer Project, as well as with Deke Weaver and Jennifer Allen on their enormous pachyderm production, Elephant. For the past year, Caitlin, Tess, Steve and Kyli have been collaborating on having a really great time and making dance and related live arts. They have performed at the Judson Memorial Church and Danspace Project in Manhattan, and at the RoofTop Dance Series and the Center for Performance Research in Brooklyn.

Tristan Shepherd is a composer, improviser and turntablist currently based in Brooklyn. Using custom dubplates combined with found records which he annotates with paint marker, he inscribes graphic scores onto his musical materials. He currently collaborates with guitarist Austin Julian and composes multichannel installations for unenclosed organ speakers.Tristan recently interpreted Christian Marclay’s “Screenplay” as part of the Festival retrospective at the Whitney Museum of American Art.