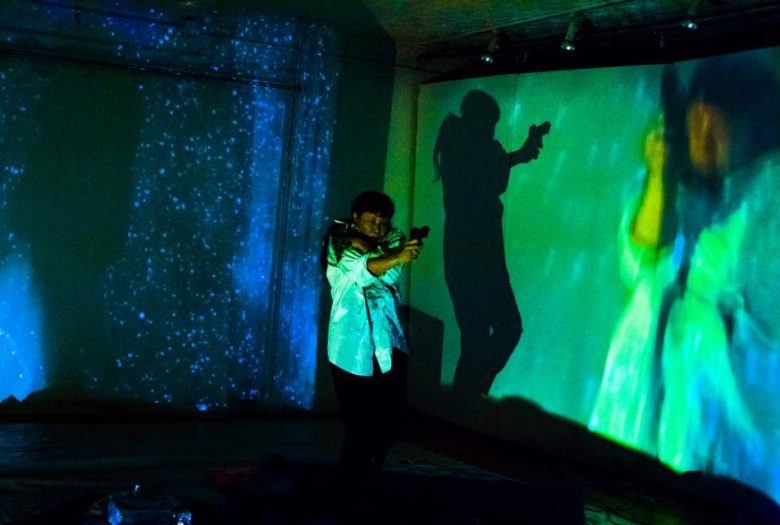 Roulette presents three nights of innovative performance from avant-garde dancer Yoshiko Chuma and performance collective The School of Hard Knocks. “Dead End – Don’t Let me Down π=3.14… continues” uses dance and musical improvisation to relay the true story of Faati, a refugee smuggled from Damascus to Berlin. Under the artistic direction of Chuma and featuring fifteen dancers, musicians, and artists, the world premiere of this production explore the physical and psychological experience in the Middle East. “Dead End – Don’t Let me Down π=3.14… continues” will be framed by video and photo documentation and installations by visual artists.

The School Of Hard Knocks is a collaborative effort of multidisciplinary artists working under the artistic direction of Yoshiko Chuma. Since the company’s premiere at the 1980 Venice Biennale, more than 2,000 people have performed under her direction in situations ranging from theatrical dance concerts to street performances, parades, and large-scale spectacles in the U.S., Europe, and Asia, and the Middle East.

Concept and design by Yoshiko Chuma